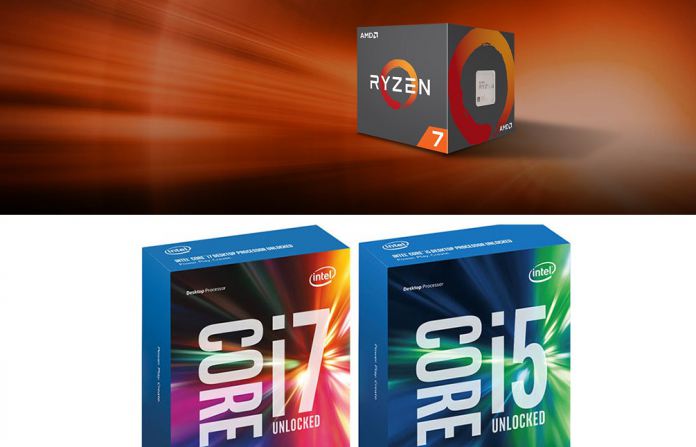 Market buzz can be a powerful tool, but without the goods to back it up, the buzz will wear off. In terms of AMD’s soon to be launched Ryzen family of processors, the results seem to match the hype. Processor market leader Intel is suitably worried by the new silicon. In reaction to the certain competition, Intel has pre-emptively slashed prices on its Core i7 and i5 processors.

Such has been the consistent downturn in the PC market, major processor launches are not that big of a deal. Certainly, we don’t wait with the same anticipation for the next chip that will advance our home or work computing capabilities as we used to.

AMD’s Ryzen processors are bucking that new perception. These processors are highly-anticipated and have the PC community all kinds of excited. It’s a novel experience in a world where products get the juices flowing, not what’s in them.

From leaks, benchmarks, and AMD teases, Ryzen presents a very real problem for AMD. A lot of (admittedly unconfirmed) evidence points to the processors as being as good as Intel’s at best, or blowing them out of the water at worst. The company that has been a dominating presence in the PC processor world now has competition that is best described as disruptive.

While full conclusions about Ryzen processors will be reserved until launch, all pointers suggest the chipsets live up to the hype. We will find out soon enough when the new AMD’s start shipping later in the week.

For Intel, this means it faces a very real prospect of losing customers. Not just a few, either, we could be talking a significant amount of consumers switching to Ryzen.

The company obviously knows it must double down and get ready for a market battle. To make sure it is ready for Ryzen’s launch, Intel is cutting the price of its leading chips.

HotHardWare reports on several outlets that have started selling Intel’s chips at a reduced price. For example, Micro Center is selling the Intel Core i7-6850K (3.60GHz) for $550, a whopping $150 off its normal $700 price tag. Interested customers need to keep an eye on Amazon and other retailers in the coming days. Prices could drop further.

Ryzen processors are arriving at a bad time for Intel. The company has already taken a hit in the consumer market. The Atom line of mobile processors completely failed, and Intel all but left the mobile market for chips.

The ever-declining PC market has hardly helped the company. However, Intel recently announced it grew its consumer processor business by 30%, making it worth $30 billion. That did not stop the company from changing its strategy to bring new technology to its datacenter business first, which is worth almost double its consumer business.

It is easy to see how Ryzen will put further strains on Intel in the consumer-oriented market.