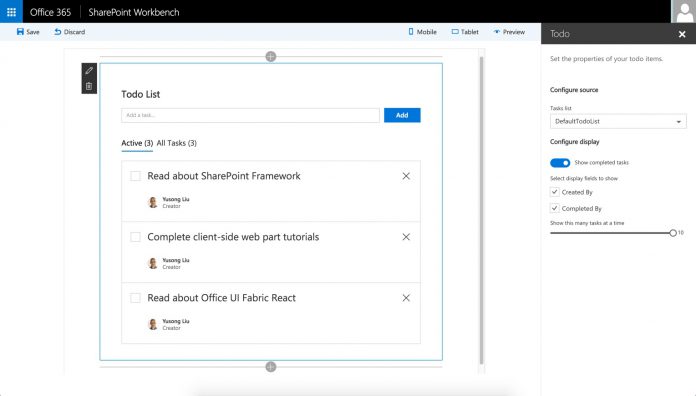 Microsoft has announced the general availability of its SharePoint Framework. The project features a Page and Part model that allows for modern client-side development, simple Microsoft Graph integration and support for open source tools.

It also enables designs that are more responsive and mobile-friendly. Microsoft has been using the tools for its own sites, combining scripting frameworks like JavaScript and Angular J with Microsoft’s Office UI Fabric React.

Naturally, this release comes with some new functionality. Though the changes are minor since the release candidate, they’re still important. Here’s the full list:

Unfortunately, the GA release does come with one function disabled. The react template for office-ui-react has been removed for future proofing. Microsoft expects it to be re-implemented in a couple of weeks.

Until then, devs can get the latest npm packages and use them in the local workbench. However, Microsoft warns that server code rollout will happen over the next few days and that projects built with other packages won’t after a week or two.

You can find more detail about the changes on the SharePoint Framework GitHub.