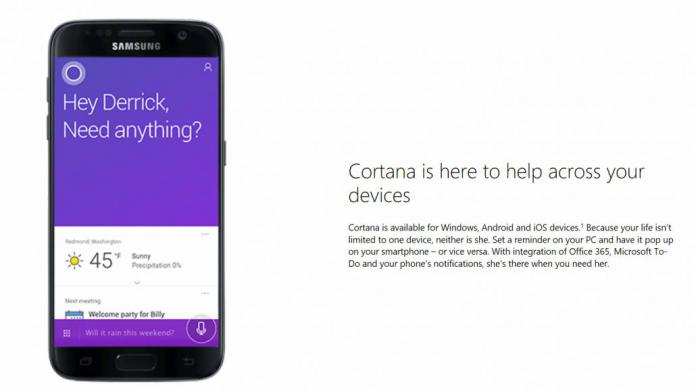 Microsoft has a bit of a shaky history when it comes to task management apps. The company acquired Wunderlist in 2015, only to announce another to-do list app, Project Cheshire. At the time, we questioned the need for another platform, but a hint on the Cortana website may have more answers.

The Cortana page mentioned a product called Microsoft To-Do. It was quickly removed, but that, but it didn’t stop a user from grabbing it:

“With integration of Office 365, Microsoft To-Do and your phone’s notifications, she’s there when you need her.”

Now, Cortana has had task management functionality for a while, but this seems to be a step further. It seems likely that Microsoft To-Do is the final evolution of Project Cheshire, which is currently in alpha testing. The wording makes it sound like it will replace Cortana’s existing integration, rather than run alongside it.

The result may be a single task management app that runs across platforms. That could finally mean a unified system, rather than the multiple prongs of Outlook Tasks, Cortana Reminders, OneNote, and more.

It also makes it clear why Microsoft built a new app from the ground up instead of sticking with Wunderlist. With it set to replace Cortana’s feature, and a web app in development, Microsoft is clearly has a ‘one tool to rule them all’ mindset. A new app could scratch that itch, but the real test will be integration in its other services.

Ideally, Microsoft To-Do would work with Outlook, OneNote, and Office 365. However, alpha feedback makes it clear that the app needs a lot of work yet. The reception of such an app would depend on the improvements it can bring.