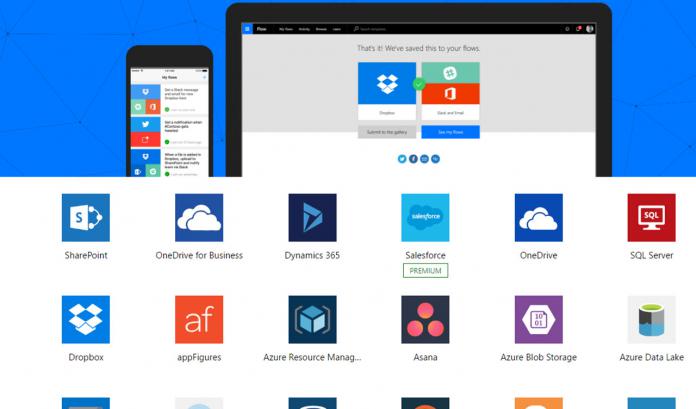 Microsoft has rolled out yet another update to its online task automation service. It introduces several new functionalities and a host of new services.

Among them is Azure Data Lake. Microsoft Flow users can now automatically read and write data to an Azure Data Lake account to increase productivity. They’ll also be able to use Bitbucket, automating aspects of a project’s life cycle via GIT revision control.

The final two services are Pipedrive and Infusionsoft. Pipedrive is a CRM and pipeline management tool, while Infusionsoft provides sales and marketing automation.

The improvements don’t stop there. Microsoft has put a lot of work into unofficial service support. Apps outside of the Flow platform can still interact via HTTP endpoints, allowing devs to tie in company specific software.

However, that functionality has been limited to non-authenticated endpoints. A new feature extends that to authenticated HTTP, under the “show advanced options” menu. You can then configure the data you need to send, with four types of authentication.

During this process, users may have to parse out JSON data. Thankfully, Microsoft has introduced that functionality too. A Parse JSON operation asks for the content you want to parse and a JSON schema to run it against.

The content is then evaluated against the schema, which can be easily generated via the “Use simple payload button”. You can paste in JSON data and it will try to make a schema automatically.

Finally, there now more filters for flow runs. In addition to the previous Successful and Failed runs, there are the following categories:

These new features add to the ever growing list available with Flow. Microsoft has come a long way since its inception, and will no doubt continue to innovate that area.

You can read more about the changes here.