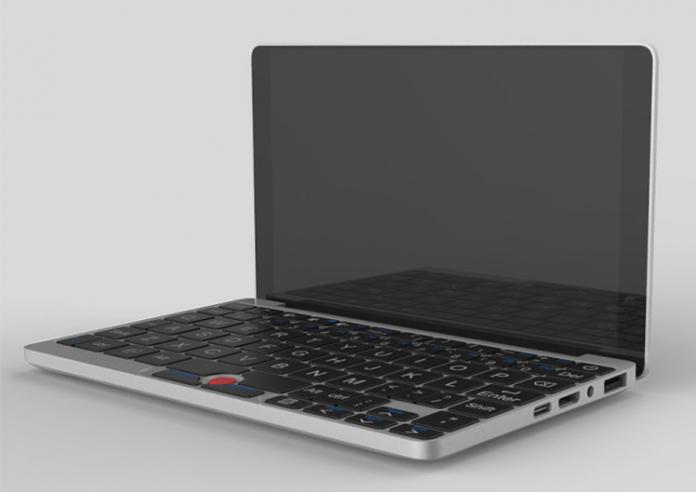 GPD is a company best known for its Android gaming devices. However, last year the company branched out to Windows 10. That first device, the GPD Win, largely followed the blueprint laid down by previous Android products. GPD’s new device moves away from gaming and feels more like a true Windows 10 machine.

The GPD Pocket is as interesting as it is quirky. As mentioned it is a departure for the company as it removes the gaming elements that GPD is known for. The company’s unique Android handheld consoles formed the genesis of the GPD Win, but the GPD Pocket takes a more solo approach into Windows 10.

Indeed, the GPD Pocket looks like a well-design notebook, like a Surface Book or MacBook, albeit in a smaller form. The device is most notable for its petit size.

The Pocket is tiny with a 7-inch screen, yet it boasts a full QWERTY keyboard. That’s impressive, although I am interested to see how my butterfingers will type on such a small deck. So, the GPD Pocket is deserving of its name as it is a tiny Windows 10 computer in compact size. While it looks like a tiny laptop, its innards are more reminiscent of a tablet. That’s not a bad thing of course, especially when the specs are very solid as far as tablets go.

Port selections is also admirable, with the GPD Pocket getting a USB Type-C, USB A 3.0, HDMI, and a 3.5mm headphone jack.

Interesting specs then, but it’s the design that is the true standout. The Pocket measures 180x106x18.5mm, making it a very svelte device. At just 480g, it will barely make a dent in your pocket or bag. The all-in-one body is constructed from magnesium and allow, lending an air of high-end to the finished product.

GPD is following its previous release path by seeking funding on Indiegogo. There is two months left on the campaign and the Pocket has more than doubled its $200,000 goal.

The company prices it at $399.99 and says it will be available via third party retailers in the future. Customers can also choose to use Ubuntu if they do not want Windows 10.