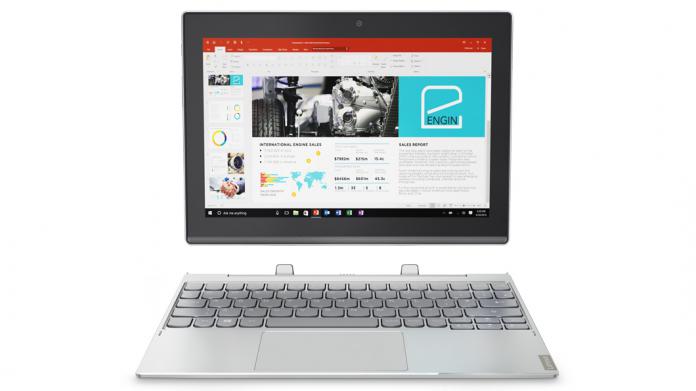 However, new reports suggest that the company has another device up its sleeve: the Miix 320.

The device will act as the next iteration of the Miix 310 that Lenovo launched a year ago. German publication WinFuture noticed a temporary product page on the company’s website, accessible here.

The Mix 320 will allegedly start at $229 for the low spec model, rising considerably as hardware power increases. Naturally, it will continue the detachable form factor of its predecessor, with a keyboard dock included.

However, the Miix 320 will also introduce some new functionality. The device will have two front facing speakers, sitting at the bottom of the screen for undocked audio. It will also offer some hardware advantages:

The major change here is the RAM, which is double last years model. Other than that, Lenovo is offering a better display, albeit the same processor. The spec page lists the Miix 320 as 2.2 pounds and 0.7 inches thick.

Though it’s not the huge upgrade some were hoping for, the 320 does offer some nice advantages over its predecessor and offers good value for money. There’s no word on a release date, but it may come at the Mobile World Congress this month.