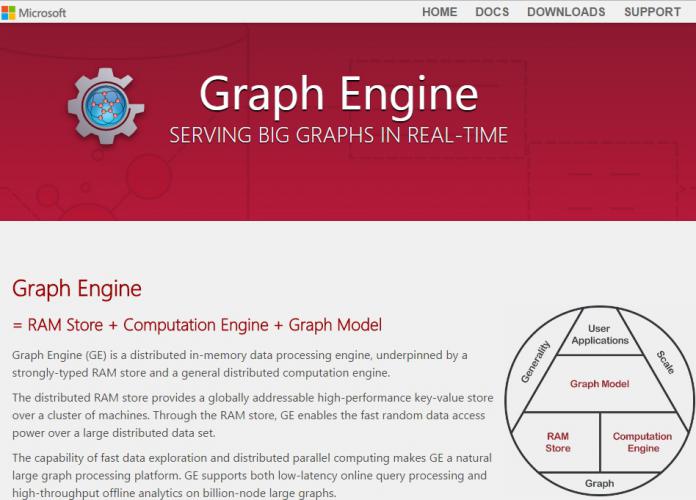 Last week Microsoft released the code for Graph Engine on GitHub, turning it into an open-source, MIT-licensed project. The company expects Graph Engine to be an alternative to the likes of Neo4j or the Linux Foundation’s recently announced JanusGraph.

From Trinity to Graph Engine

Microsoft introduced Trinity back in 2013 as “a general purpose graph engine over a distributed memory cloud.” Trinity supported online query processing and offline analytics on large graphs, while it also leveraged graph access patterns in both online and offline computation.

In May 2015, Microsoft released the Graph Engine 1.0 Preview to the public, which replaced Trinity. Graph Engine was introduced as “a versatile general-purpose computation engine,” that provides a unified declarative language for both data modeling and message passing.