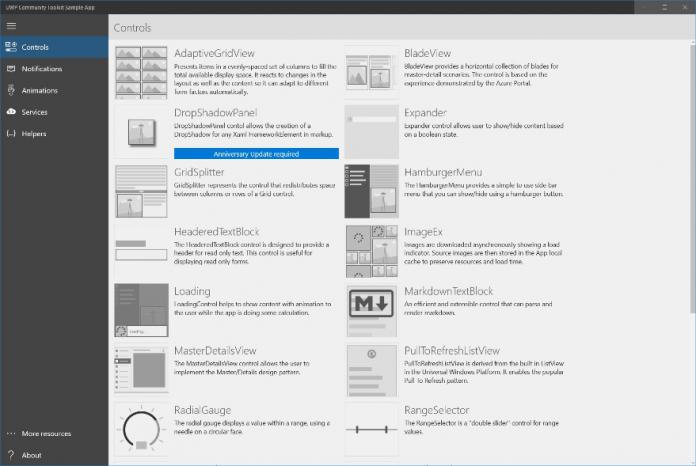 Now the company has announced another update to its toolkit, claiming it to be the “largest update” since its launch. UWP Community Toolkit 1.3 brings a great number of new features, such as ten new Controls, support for two of Microsoft’s services, and three new animations.

What makes this update more special is the fact that according to Microsoft, over 82% of contributions came from the company’s developer community. Microsoft notes that 59 contributors assisted in creating update 1.3.

The UWP Community Toolkit can be utilized in any app across PC, Xbox One, Surface Hub, HoloLens and Windows 10 Mobile, provided that they are running the Windows 10 November Update (build 10586) or above. The toolkit is entirely open-source, and you can find the code on GitHub here.

The change log for UWP Community Toolkit 1.3 is as follows: