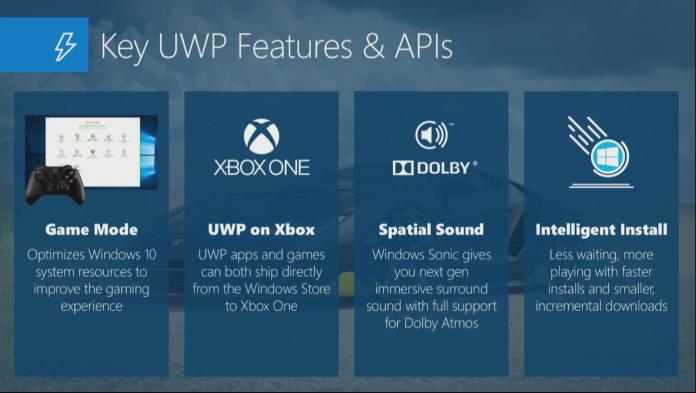 Microsoft has talked a lot about bringing the Universal Windows Platform (UWP) experience to Xbox One. Announced at Build 2016, users would be able to run Windows 10 apps, including games, on the console. Microsoft has now announced that UWP games will come to Xbox One in 2017.

It has been a long time coming considering support for UWP on Xbox One has been available for some time. The Windows 10 Anniversary Update first introduced the capability when it dropped last August. However, games have not been supported.

Microsoft held its Windows Developer Day yesterday, where the company discussed plans for the platform for 2017. At the event, the company said that Universal Windows Platform game support will be introduced on the Xbox One this year.

Unfortunately, Microsoft did not go into details on a specific date. However, it seems likely that the feature will not drop until later in the year, maybe with the introduction of Redstone 3. The Creators Update is Windows 10 Redstone 2. Microsoft has said that the current Windows 10 SDK is complete. In other words, no more features will be added.

Microsoft’s plan for updating Windows 10 revolves around two feature updates per year. The Creators Update will be the first of 2017 when it drops in the spring. The second feature update (Redstone 3) will likely arrive in the late fall. Our guess would be the UWP game support for Xbox One will come with that release.

If you've seen on reddit or via some outlets that MS is opening up Xbox to all UWP games, that's incorrect. Still need [email protected] approval.

After Microsoft announced UWP game support, a Redditor claimed that the company would make the capability available to all developers. That would mean any UWP app could be ported to work on the Xbox One.

However, according to Jez Corden of Windows Central, this is not true and developers will still need [email protected] approval.