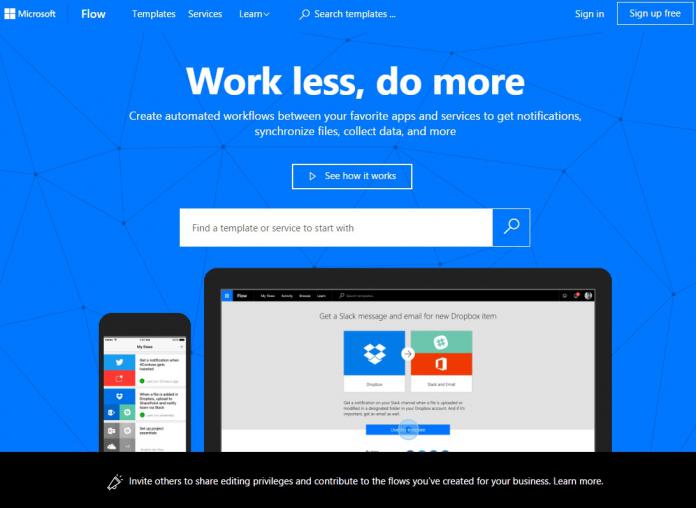 Since Microsoft Flow was introduced last year, the automation service has been improved constantly, like gaining support for iOS and Android.

Now, Microsoft has announced the preview of a much-awaited feature for the app automation tool called Team flows, one of the most voted-on ideas on the company’s ideas forum. Team flows allow multiple users to own and manage a flow together.

The following features are now supported for all owners of Team flows:

Team flows will show up under the new Team flows tab in the Flow portal. In order fto invite people from within their organization, users will have to click on the invite icon on the flow and then type in the name or email address of the person or security group they wish to add as an owner of the flow.

Microsoft is also introducing full Gmail support to Microsoft Flow, which has been another highly requested feature. Users can now trigger flows whenever a new mail is sent to their Inbox or even set more specific conditions such as when an email is marked as important or has a certain label. In addition, users can use actions through Microsoft Flow to Send email from their Gmail account and even manage their emails by deleting them. Also, users now have the ability to backup their Gmail attachments to a cloud storage provider and even create tasks in Wunderlist for incoming emails that are marked as important. You can find all the templates available for Gmail here.

When a user has a web service that they want to automate with Microsoft Flow they can build a custom API, teaching Flow about the characteristics of their web interface. Microsoft Flow users can now share their custom APIs, like Team flows, and collectively manage them inside their organization.

In order to add more users or owners to custom APIs, users can do that from the “…” menu. Like with Team flows, users can add or remove people or groups from accessing that API and decide whether or not to grant Edit permissions. If a user is not granted Edit permissions they can use the custom API in their flows, but they won’t be able to modify it.