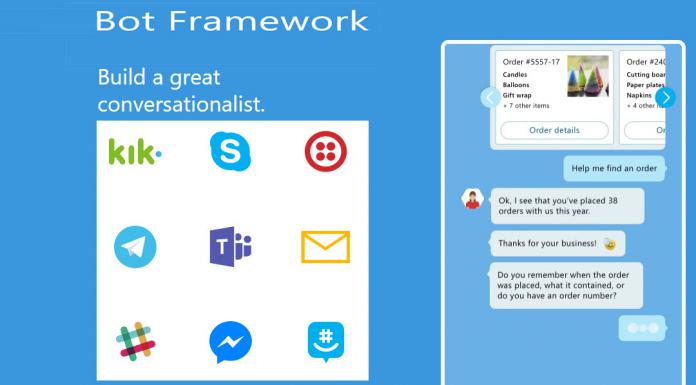 The toolset allows for the easy creation of web services that automatically interact in conversational channels with contacts. Bots can be built with the C# SDK, Node.js SDK or the REST API and then be deployed to a cloud service such as the Microsoft Azure Bot Service which is currently in preview.

With the current update, Microsoft introduces the Channel Inspector to its Bot Framework. The Channel Inspector is an interactive web-tool which allows to browse all available features of a specific chat client, offering a an easy way to understand the style and limitations of the selected platform. Microsoft has also updated its Bot Framework Channel Emulator to version 3.5.25. The tool now supports WebChat 0.5.1, locale-setting of bot connections and an experimental host-proxy settings feature. The whole list of changes can be found here.

According to Microsoft, demand for their Direct Line API channel has exceeded expectations, that´s why the company has also worked on some performance improvements.

The Direct Line API, which allows to embed bots in mobile apps, webpages, or server-to-server applications has now a new backend storage system that will dramatically improve the performance of Direct Line conversations. The company also provides some data:

“In our US datacenters, we’re observing 100ms faster requests. Our requests from Seattle to California have dropped from 300ms to around 180ms.

The most dramatic improvement has been in our European datacenters, which is 400ms faster than it was, and our Asian datacenter, which is consistently 450ms faster.”

The Direct Line API channel has also been upgraded with geographic-specific endpoints to ensure even faster transmissions.

directline.botframework.com routes your client to the nearest datacenter. This is the best option if you do not know where your client is located.

asia.directline.botframework.com routes only to Direct Line servers in Eastern Asia.

europe.directline.botframework.com routes only to Direct Line servers in Europe.

northamerica.directline.botframework.com routes only to Direct Line servers in North America.

The update also enhances Microsoft´s Bot Framework Web Chat control which now is available as an open-source project on GitHub and NPM. The botchat.js JavaScript library is now much smaller and supports all button actions and the official embedded video-players from Youtube and Vimeo. The full changelog can be found here.