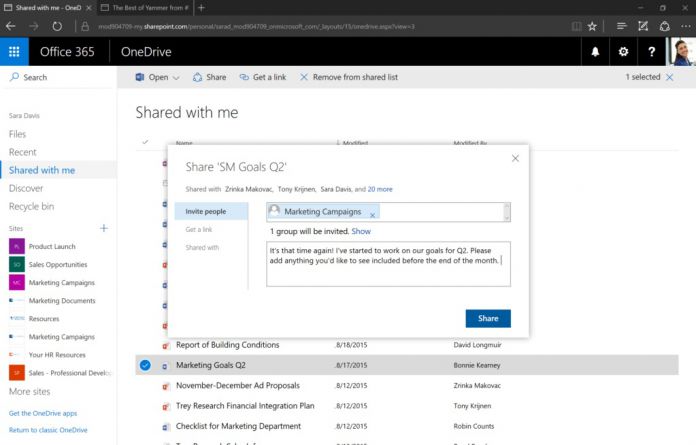 In October 2014 Microsoft promised unlimited OneDrive storage to all Office 365 subscribers, removing the previous limit of one terabyte. However, in November 2015 the company broke that promise and changed OneDrive’s storage plans surprisingly. Office 365 Home, Personal, or University subscriber´s OneDrive storage should be limited again to 1TB.

According to Microsoft, the main reason behind this change of heart was “A small number of users,” who “backed up numerous PCs and stored entire movie collections and DVR recordings,” with in some extreme cases using up to 75 TB in single accounts.

To calm the large amount of disappointed users, Microsoft promised that Office 365 OneDrive users occupying more than 1TB of data could keep that used space for at least 12 months more, which meant more or less until the end of 2016.

In December then Microsoft started notifying some users that the 1TB limit would be applied beginning March 2017. It seemed that the company was offering an additional transition period of three months for affected users to move their data.

Microsoft has now officially confirmed this to Neowin, providing more details. Starting March 1st and until June 1st, users will be able to take any action that will reduce their account’s size under 1TB, but they won’t be able to do anything to increase it.

In case someone is still not down to 1TB of storage (or less) their account will enter a locked state for at least six months (December 2017), meaning they won’t be able to even touch their files. After that, users will have the opportunity to unlock their account only once, for a period of 30 days.

During that time users will be expected to move their data out of OneDrive and get it down to 1TB, or else the account will return to a locked state. Throughout this process, Microsoft will be giving warnings to users, keeping them updated about how much time they’ll have in the locked state.

How to get through the changes

If you are a user of OneDrive and have more than 1TB of files you have one month to find more storage for yourself. There are quite a few options to choose between or even combine, in order to “save” your OneDrive account, while keeping all your files backed up.

Some of the options available are:

In order to properly organize and combine your cloud storage accounts, you can try odrive, a service that allows you to add accounts from OneDrive, Amazon Cloud Drive, Facebook, Google Drive, Dropbox, and more. The service allows you to add multiple accounts of the same kind, giving you the option to add the multiple Microsoft accounts you can create for your Office 365 Home Subscription.