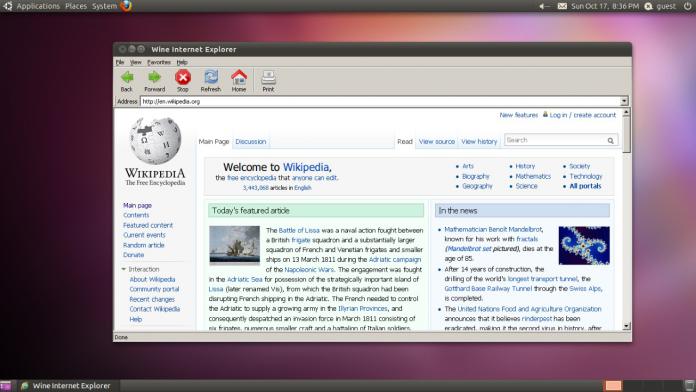 Wine 2.0 also contains support for many new applications and games, as well as a lot of improvements across the board. But the added support for Microsoft Office 2013 is definitely one of the main highlights in the new version.

According to the announcement: “The Web Services API is supported. The XML reader and writer are implemented, along with support for serializing many common data types. Basic support for making SOAP calls is also included. This enables Microsoft Office 2013 online activation.”

The Wine team has also hinted on upcoming additions, scheduled for the next development cycle, such as the Direct 3D command stream, full HID support, the Android graphics driver, and message-mode pipes.

The name Wine stands for ‘Wine Is Not an Emulator’. Wine is a free and open source compatibility layer software application that allows users of Unix-like operating systems run apps designed for Microsoft Windows.

The initial release of Wine was announced in 1993 and since 1994 Alexandre Julliard has led the project. Wine duplicates functions of Windows by providing alternative implementations of the DLLs that Windows programs call, and a process to substitute for the Windows NT kernel.

Microsoft has not made public statements about Wine. However, the Microsoft Update software will block updates to Microsoft apps running in Wine.

For the full list of changes that Wine 2.0 brings, check here.