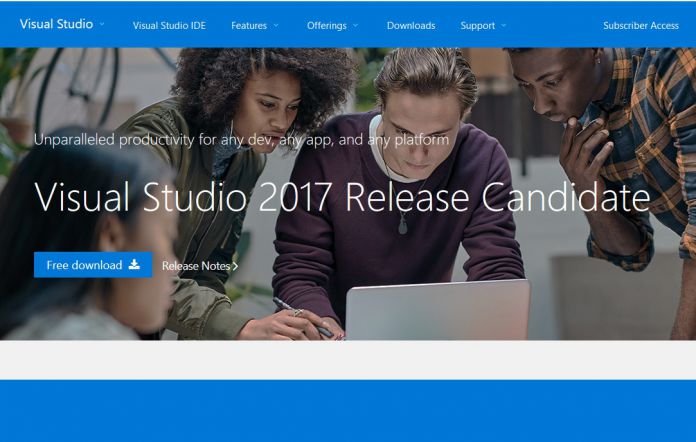 Microsoft has rolled out another update to its Visual Studio 2017 release candidate. The latest version builds on the team’s earlier release on January 5th, bringing some improvements and returning some old features.

Yesterday, director of program management John Montgomery took to the blog to explain some of the latest changes.

Among them is a change to .NET Core and .ASP Core. Both of the workloads are now officially out of preview. The release is thanks to several bug fixes and improvements to the tooling of both.

Microsoft has also implemented some aspects of user feedback in this build. The advanced save option has made a comeback, meaning users can reach encoding options more quickly

The Team Explorer connect experience has been improved, too. Director of program management John Montgomery said the changes will “make it easier to find the projects and repos to which you want to connect”.

Naturally, there are a number of bug fixes in this release. A big focus is the remedy of install issues. The installer should now hang less and has a retry button if the install does fail. Microsoft has also added support for an creating a layout for offline installs.

Unfortunately, it has only created further problems. The download for this release has been pulled due to installer crashes:

“We’ve received reports of an issue with the installer crashing when starting it from the Visual Studio update notification,” writes Montgomery. “We’ve decided to unpublish the release for now. As soon as we have a fix, we will update this blog post. Thank you very much to those customers who brought this issue to our attention!”

The Data Science and Python Development workload will be getting a late release, too. It’s missing vital parts like translations and will be coming as a separate download.

You can read more about this build’s changes on the Visual Studio blog.