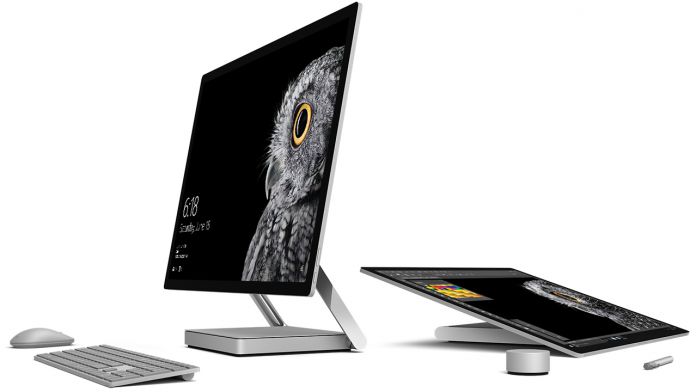 The Surface Studio is an excellent product. It is the icing on the cake for Microsoft’s overall hardware output that has shown the company can make devices as desirable as Apple’s. The product is already available, but in a series of videos Microsoft is enticing customers with more details about the Surface Studio.

At the launch of the product, Surface chief Panos Panay discussed the power of Surface Book. That has been borne out in practice as consumers have seen the performance capabilities of the PC.

The first video sees Panay talk about the design of the Surface Book. He says the beauty of the product is undebatable. He adds that it is also fun, citing the zero-gravity hinge that lets the user pivot and lower the screen at various angles. This technology allows a more immersive experience for creatives and designers.

Expanding on the hinge technology, a separate video shows how the hinge allows users to be closer to their work. Microsoft says it was considering a two-hinge option to rotate the top and pull down the screen. That clunky design did not last long, although the original designs were far from intuitive. Microsoft wanted the concept of the screen floating, which is what the zero-gravity hinge achieves.

Ralf Groene, Microsoft’s General Manager of Design, discusses the software behind making the Surface Book appealing. The device replicates paper and ink to scale, with Panay using a Word document as an example. He says the user will see the document in real scale and color. In terms of the screen, the company says focusing on accurate color reproduction was hugely important.

Getting the design right to match the needs of creatives and designers was important. However, the product would be nothing if it could not perform to keep up with intensive design processes and other tasks. Microsoft littered the PC with a myriad of high end specs that include:

Finally, the Surface Dial adds a whole new nuance to designing and creating. This is an interaction peripheral that is place on the screen. Pushing down on the dial brings up a contextual radial menu which allows rotation and scrolling for smoother interaction. The Surface Dial costs $99.99.