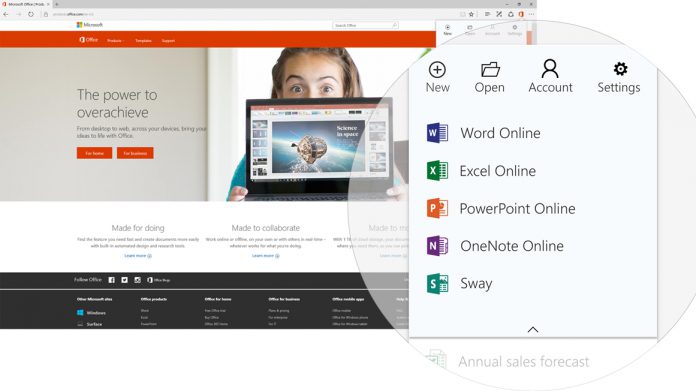 Microsoft defied Wall Street expectations yesterday with the announcement of its second quarter 2017 fiscal year results. As we reported, the company’s better-than-predicted revenue growth came largely on the back of cloud and business service performance. While Azure is the lynchpin of cloud success for Microsoft, Office also performed well.

Indeed, commercially, the productivity suite is helping to push Microsoft’s business growth. Moreover, Office 365 is helping the company’s growth in the cloud market. It’s not just about enterprise, though, so Microsoft will be delighted to see Office also grew in the consumer arena.

Per the company’s results, Office commercial products and cloud services grew revenue by 5%. Office 365 commercial was particularly successful for Microsoft. It enjoyed revenue growth of 47%. The company also announced that new commercial seats for the service increased by 37%.

As reflection of a continued enterprise switch to the cloud, Office outside the cloud fell by 13%. Microsoft reports continued growth in installations for Office, Exchange, SharePoint, and Skype for Business. Mobile growth is also continuing, with over 65 million active Office users on iOS and Android. This represents more than double the amount of users year-on-year.

While Microsoft is focusing on pushing Office 365 as a business solution, the platform continues to perform well in the consumer space.

Microsoft still refuses to discuss exactly how many Office 365 commercial seats were added during this quarter. However, a 37% increase suggests the number was significant. The company said at Ignite 2016 that it passed 70 million commercial subscribers.

It is worth noting that total Office 365 subscribers are probably close to 100 million. That considers the commercial users and the 24.9 million consumer subscribers. We would hazard a guess that Microsoft has yet to pass that milestone because we think it would come with an announcement.