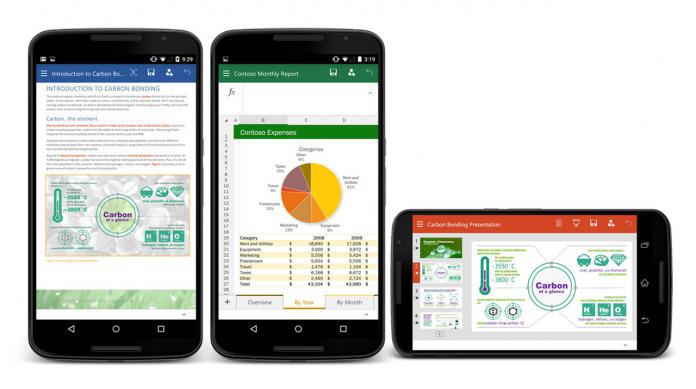 7Park Data has access to real-time behavioral data from more than one-billion global customers. This means, their comparison provides a deeper input than data from other providers that look just at downloads and app installations. According to 7Park Data´s findings, Microsoft has made progress in 2016 after many of their mobile Office apps got updated throughout the year.

“Excel’s steady growth over time suggests an opportunity for Microsoft to claim its place as a leader in office and productivity apps on mobile. The trick is to not just transfer everything one can do using Excel on a desktop to mobile, but also identify different needs and habits of users on-the-go and new opportunities they can bring.

Mobile users are quick to trade loyalties when a newer, faster, and easier-to-use apps pop up. They also pick and choose apps from different providers, often abandoning “office suites.” For example, someone who uses Excel to create and share spreadsheets may use Evernote (instead of Microsoft’s OneNote) to write and share notes.” However, for the other Microsoft Office Mobile Apps the picture is more mixed. Looking at app installations, OneNote Mobile saw two big jumps in the first half of 2016. But then it stayed rather flat for the rest of the year. 7Park Data says that “when Microsoft launched new features and reintroduced old favorites, the [OneNote] app saw a sharp growth in active users, but it didn’t last.”

Different to the case of Excel Mobile, which users really started using on a regular basis, the interest in OneNote faded away shortly after the app received some significant upgrades. (Major OneNote improvements in 2016 were new options to highlight text, one-click formatting, individual page sharing via viewing links, bringing back voice recordings and more.)

In 2016, OneNote definitely had a hard time keeping up with its main competitor Evernote.

“OneNote’s MAUs [monthly active users] dropped and continued to decline through December. In the meantime, Evernote, despite a slight decline in MAUs in 2016, didn’t experience any significant changes.”

Interestingly, based on 7Park Data findings, OneDrive was able to nearly double its install base, although Google Drive comes deeply integrated with most Android devices from the start. A reason might be the deep integration with other office apps that people also use at their workplaces. The other Microsoft Office Mobile productivity apps have either stagnated or been in decline, experiencing some short-lived growth spurts around updates. Word was able to advance just slightly after some bigger percentage gains in 2015.

7Park Data also studied other office and productivity apps to put things into perspective. Especially Slack has seen a good year and also Trello, which was just acquired by JIRA-maker Atlassian for US $425M, was able to expand its user base.

It will be interesting to have another close look after this year, to see how its new competitor Microsoft Teams can perform against Slack. A recent study by Spiceworks says that businesses are ready to adopt Microsoft Teams quickly and predicts Teams to overtake Slack and Google Hangouts within just two years.