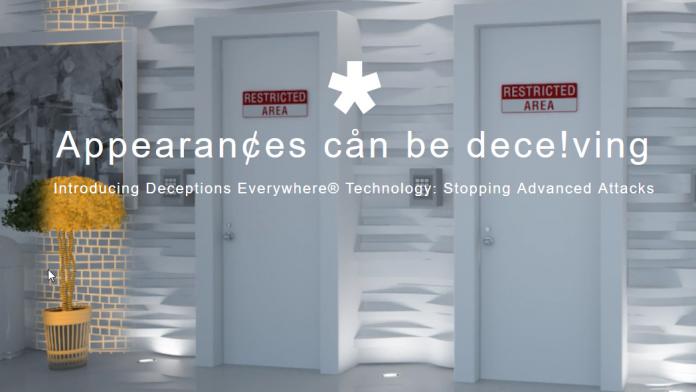 Microsoft’s strategic investment arm has invested in a number of startups so far, including Israeli startup creator Team 8. Today, the firm has widened its Israel support with an investment in Illusive Networks, a cybersecurity startup that protects organisations through “deception” techniques.

The new company uses deception frameworks to find and trap hackers before they reach their target. Details of the deal are yet undisclosed, but Microsoft says it’s part of a wider investment in the techniques:

“We have made a decision to invest in the deception market, and we believe there are more security opportunities, which is why we have invested in Team8 in addition to this,” said Mony Hassid, head of Microsoft Ventures in Israel, to TechCrunch.

Illusive Network’s approach comes from the assertion that no network is impenetrable. The last few years has seen a rise in large hacking teams and it’s becoming increasingly hard for organisations to protect themselves.

The issue lies in the many avenues of attack:

“There will always be a phishing or drive-by attack,” said Illusive Networks CEO Ofer Israeli. “Humans are the weakest link and always will be and will continue to make mistakes. But once the hacker is in, now we have an attacker who needs to orient himself.”

Instead of preventing attackers entirely, Illusive Networks creates a so-called honeypot. A fake version of high-value targets imitates the real ones. It’s not a new idea, but the cybersecurity firm says its approach makes it harder for hackers to notice the fakes. The multitude of decoys buries the real target from attackers.

If a hacker does interact with the honeypot, an alert is raised. The software then ejects the hacker or traps him indefinitely. More recently, Illusive Network has been focusing on banks via it’s Swift Guard product. The company does not reveal its customers but says many are large, household names.

Microsoft’s contribution brings the amount raised by the company to $30 million. Among the investors are Team 8, Cisco, Innovation Endeavours, and Citi Ventures.