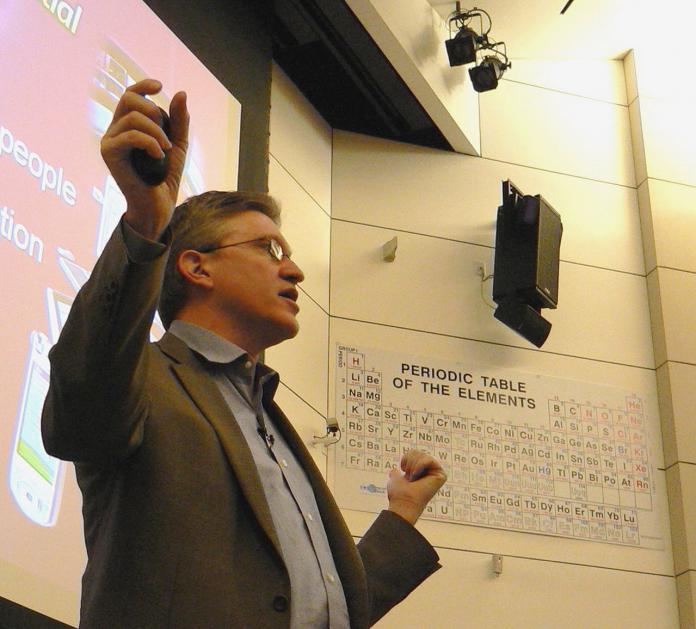 The former Microsoft executive worked at the Redmond giant for 27 years. He was the third longest-serving executive of the company, only behind Bill Gates and Steve Ballmer.

Jeff Raikes is a Stanford graduate himself and has now been named chair of the university’s Board of Trustees. He joined Stanford University’s board in 2012 and is currently head of its Land & Buildings Committee.

Raikes received a degree in engineering-economic systems in 1980 and started working at Apple Computer as VisCalc Engineering Manager. After 15 months at Apple Raikes was recruited to Microsoft by Steve Ballmer as a product manager.

One of the fathers of Microsoft Office

Three years later, in 1984 he was promoted to Applications Marketing. Raikes was the chief strategist behind Microsoft’s investments in graphical applications for the Apple Macintosh and the Microsoft Windows operating system.

During his tenure as chief strategist in graphical apps, Raikes drove the product strategy and design of Microsoft Office, one of the most impactful software applications in history. He was promoted to vice president of Office Systems and later held roles as manager of North American operations, and worldwide sales, services, and marketing.

In 2005 he was named President of the Microsoft Business Division, a position he held until early 2008 when he retired to join the Bill & Melinda Gates Foundation. He served as Gates Foundation CEO until 2014.

Raikes started his own charity in 2002, Raikes Foundation, which helps young people with education, youth homelessness and expanded learning.

He and his wife have established the Jeff and Tricia Raikes Undergraduate Scholarship Fund. It ensures that students from rural and inner-city schools that are admitted to Stanford University have an opportunity to attend.

Jeff Raikes is also an owner and member of the Seattle Mariners’ board, the Alliance for a Green Revolution in Africa, Costco Wholesale Corp., and the Daugherty Water for Food Global Institute at the University of Nebraska.