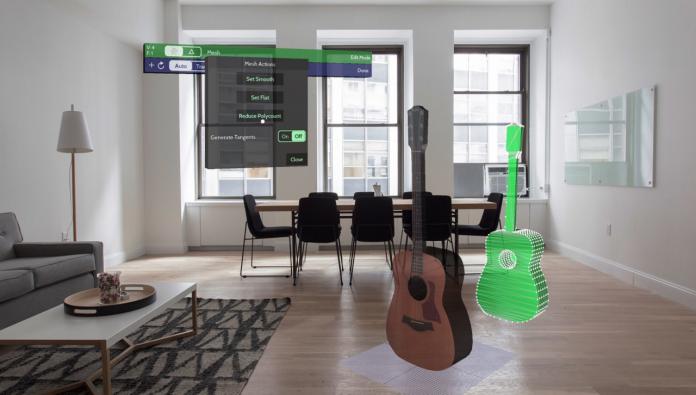 Developer and founder of Verto Studio LLC, Michael L. Farrell has announced the news with a press release. Farrell stated in the past that he expected the app to be available during Q1 of 2017 and Verto Studio VR is now finally coming Windows Holographic devices.

The app also allows you to import 3D models you already have available, since it supports FBX, DAE, OBJ, and STL file types among others.

“Also included is built-in cloud integration for easy access to user documents for both import and export purposes. For engineering and to-scale applications, real-world unit measurements in meters are available for holographic 3D models within the app” says Farrell in the press release.

A first for mixed reality

The app comes with a price of $100 ($99.99 to be exact) in the Windows Store and has been brought to the mixed reality space for the first time. This software is indeed a first for HoloLens and mixed reality as a whole.

The developer has revealed that “It took nearly everything I had to develop this app completely by myself. There were times when I considered throwing in the towel, but now that it is polished, finished, and ready for the world, I’m really glad I stuck it out.”

Here is a list of Verto Studio VR’s features: