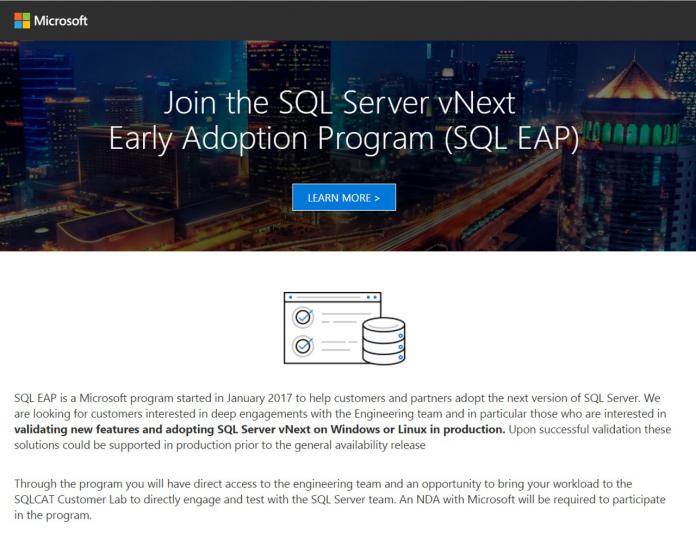 Customers and partners interested in adopting the SQL Server vNext can help validate new features such as High Availability (HA) on Linux and Adaptive Query Processing.

Microsoft has invited partners who want to build SI (system integration) offerings and ISV (independent software vendor) applications join the Early Adoption Program (EAP). Upon successful validation, these applications and solutions could be supported in production, prior to the general availability release.

As Microsoft states in an announcement, EAP participants will have direct access to Microsoft´s engineering team with the help of a Program Manager Buddy. “Your PM Buddy is there as a primary contact within the development team to help connect you to the right people to help your solution adopt SQL Server v.Next”, the company explains.

Other benefits of the SQL Server vNext EAP as described by Microsoft are:

In order to participate in the EAP, customers and partners should apply by completing this form. A Non-Disclosure Agreement (NDA) with Microsoft is required and in case applicants don’t already have one, the company will help them get one signed.

Finally, customers in SQL EAP that are going in production “will need to sign a EULA amendment that grants them the permission to use the software in production.”

Users that want to check the public preview of the next release of SQL Server can do so here.