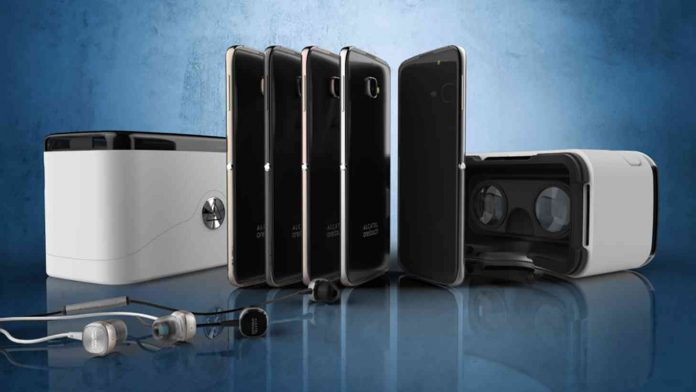 Microsoft has released an unlocked model of Alcatel’s Windows phone in the Microsoft Store that will ship at $470. Last November Alcatel unveiled the IDOL 4S with Windows 10, a phone that supports Virtual Reality, but until now it was solely available on Telstra.

Microsoft hinted on this arrival back in December 2016, when it released an update for its Windows Device Recovery Tool that supports an Open Market variant of the IDOL 4S.

Just one month after the update’s release, Alcatel’s unlocked model has come to the Microsoft Store.

Alcatel has already launched its first 2-in-1 device powered by Windows 10. The Plus 10 was unveiled at the Mobile World Conference (MWC) 2016 in Barcelona. It’s a 10’’ Convertible Tablet with Windows 10 combined with a 4G LTE keyboard. 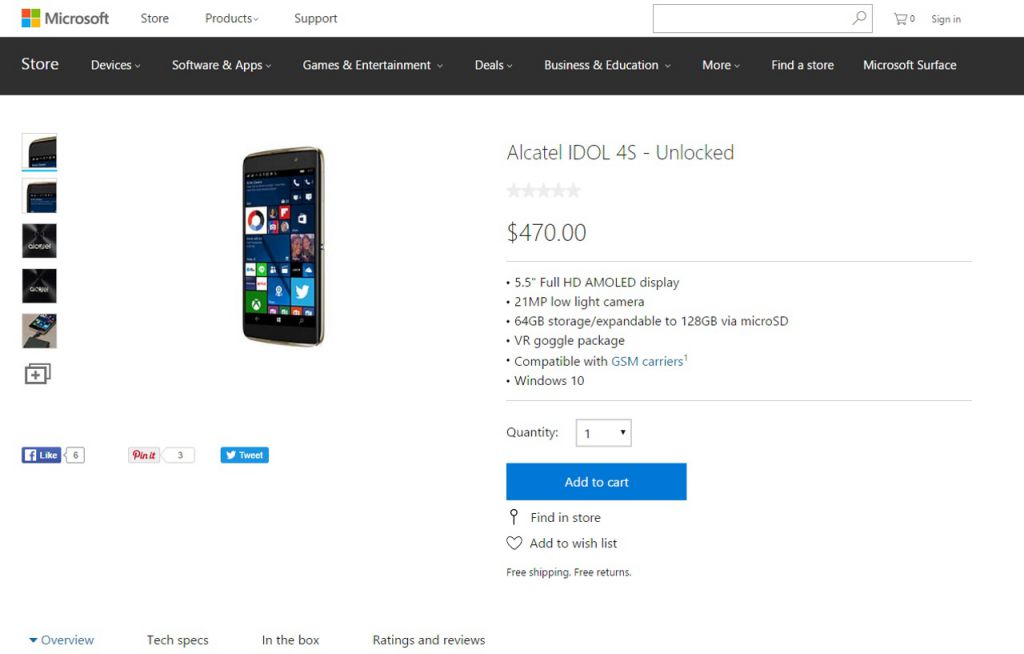 IDOL 4S, the flagship of Alcatel

The IDOL 4S is capable of VR and offers high-end specs with Windows 10. Alcatel’s flagship phone features a 5.5? FHD, AMOLED screen, the Snapdragon 820 processor, and 4GB of RAM.

It supports Continuum and Windows Hello and comes with a 21MP main camera with Sony IMX230 sensor and an 8MP front camera with 84-degree wide angle lens.

The Full Specs of IDOL 4S are: