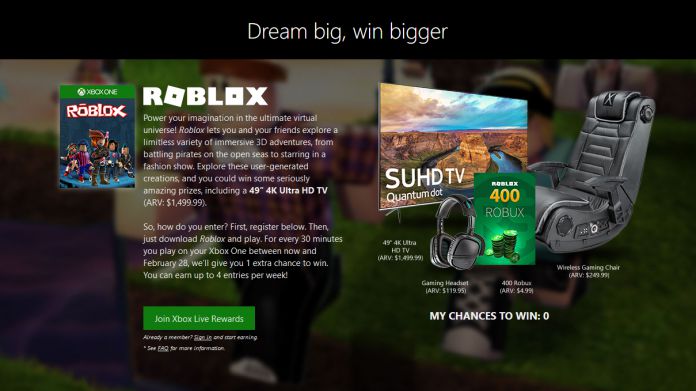 Xbox One has a wealth of free games, but it looks like Microsoft isn’t quite happy with the adoption rate. The Redmond giant has launched a new “FREEdom rewards” campaign which will give players exclusive prizes on certain titles.

Gamers found out about the promotion via an email to everyone in the Xbox Live Rewards program. Microsoft has covered most of the major titles, including Warframe, DC Universe Online, World of Tanks, Star Trek Online, Roblox, and Neverwinter.

In return for their participation, players will get a number of in-game items that are normally exclusive to micro transactions.The challenges range from friend referrals to achievement hunting, or simply playing the game.

Players will also get Reward Credits as part of the existing Xbox Live Rewards Program. By spending $30 in any free-to-play title, players will get 2,000 credits a month. In addition, making a $5 purchase each month for three months will result in the same reward.

Gamers will get an even bigger prize if they spread purchases across several titles. Spending $5 in three different free-to-play titles will result in 3,000 credits.

Despite the push for micro-transactions, this will likely be a positive thing for players. If Microsoft can prove free-to-play games are popular on the platform, more developers will be interested. With hope, this will also remedy matchmaking issues for existing players via an influx of new gamers.

You can find further detail on FREEdom rewards on its official web page.