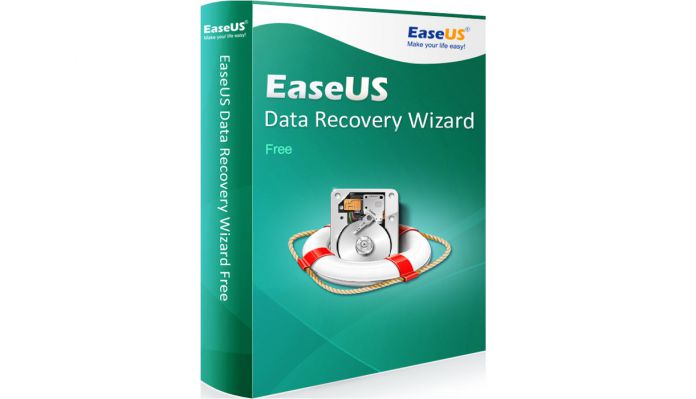 Deleting the wrong files can happen easily. While on Windows the trash bin offers kind of a fallback option, all seems lost once you emptied it. And very large files cannot even be recycled by this classic Windows feature.

Although the massive capacity of today´s hard drives might reduce the probability of hasty deletions, unwantedly removing files from USB sticks happens quite often. Their usually limited space makes frequent cleanups necessary. And lending out USB-drives “just a second” to a colleague, friend or family member is a common practice. Cleaning up quickly before handing over the USB drive might be necessary to create free space or to hide files from the eyes of others.

If you need to restore deleted files from hard drives or USB media, EaseUS Data Recovery is a reliable file recovery software you can use for this task. It offers a normal and also a deep scan feature that finds older files where similar tools might fail. If deleted files haven´t been overwritten physically with new data, chances are high you can restore everything as it was before. 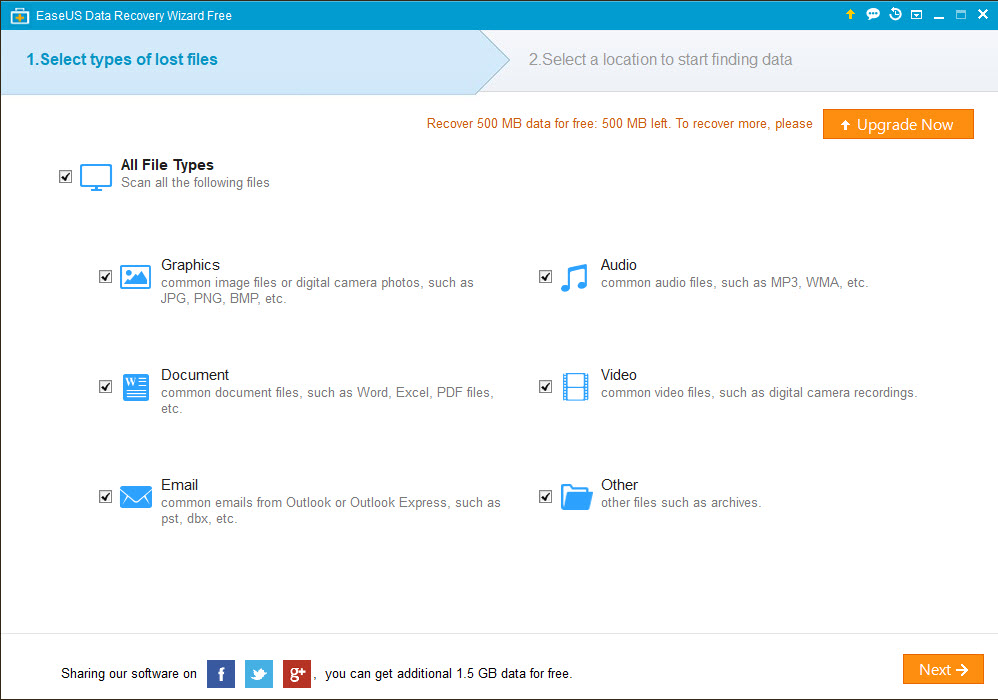 I´ve tested the deep scan feature with my 128GB USB drive when I had to restore some deleted files. I was able to recover everything already with the normal option but wanted to see what else could have been restored. EaseUS Data Recovery found some very old folders and files from over a year ago from a Windows 10 virtual machine I created with VMware, along with some other personal file I don´t want anybody to see.

The Deep Scan procedure took about twenty minutes for that USB-Stick and once finished I was able to recover the whole VM without any problems. 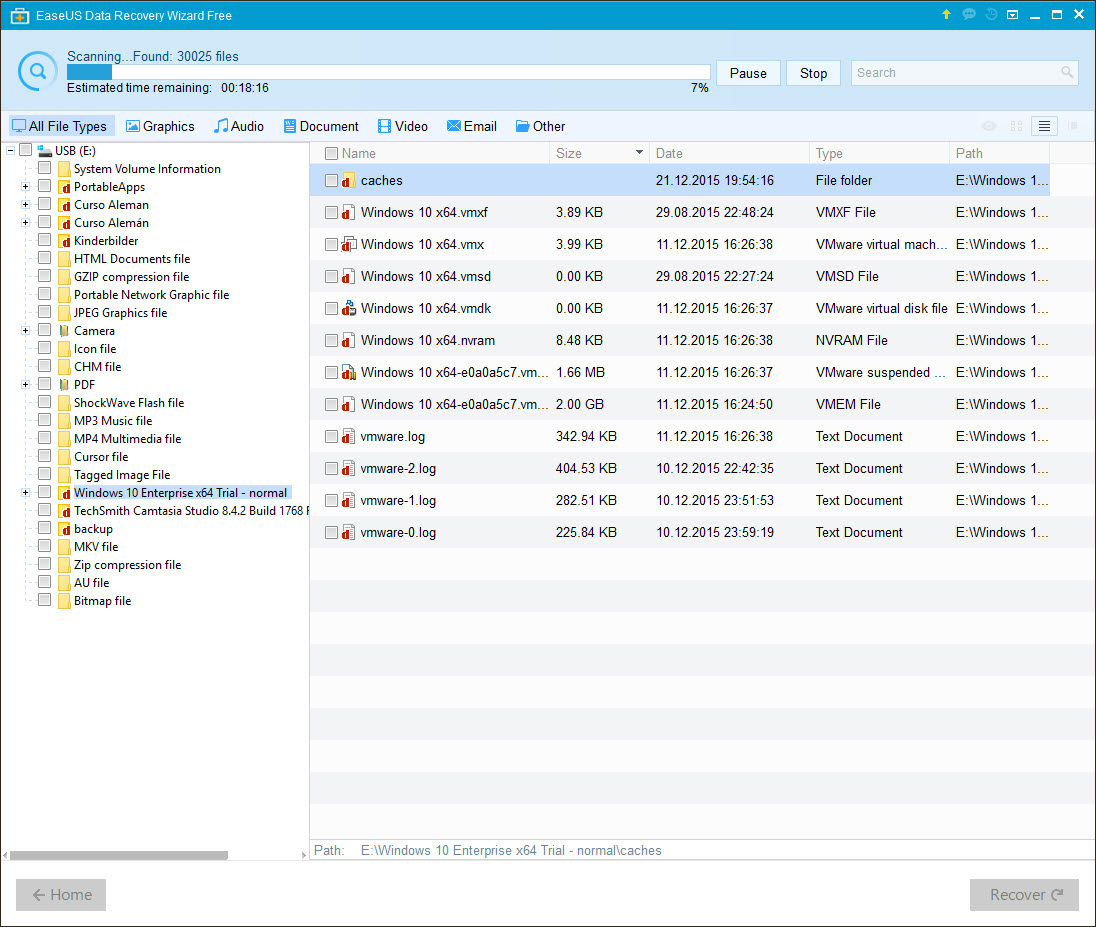 As good as the software worked, this is something I actually did not like too much as this could have been done by just anybody. My takeaway: It´s obviously a good idea to do a secure formatting of portable drives if you don´t want other people get their hands on some older and forgotten data using recovery software.

EaseUS offers a fully functional free version which is limited to just two gigabytes. To see what theoretically could be found, this is just enough and in the case of emergency you could buy the Pro version. They have also a bootable media version based on WinPE you might want to try for system disk recovery – if your operating system fails to boot up.

Particularly nice about EaseUS Data Recovery is the intuitive clean interface and a complete feature set. The software has been around for many years already and improved from version to version. In 2016, detection quality for different filetypes and scanning speed have been increased further. 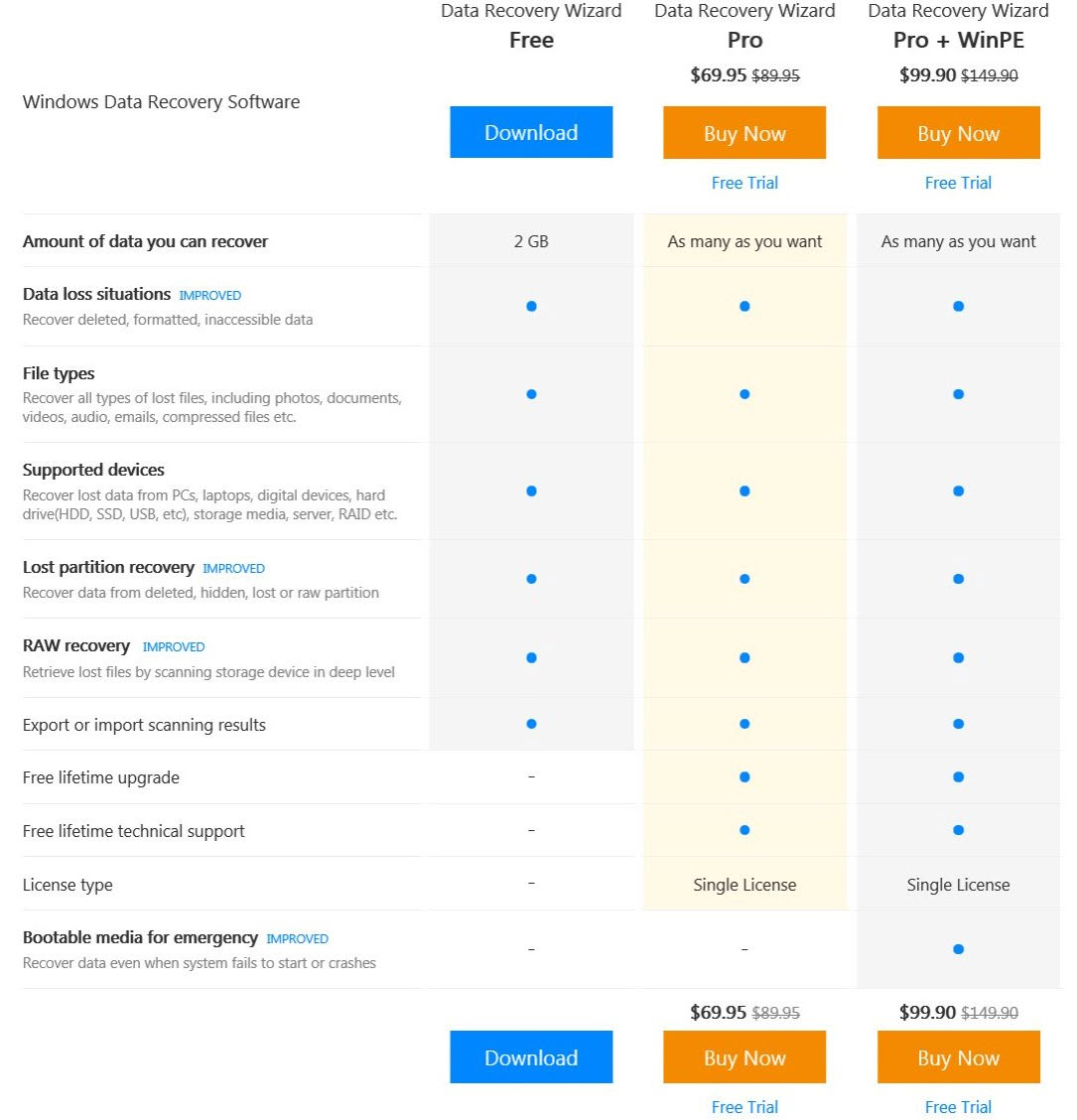