Microsoft has made an undisclosed deal with Montreal-based AI company Maluuba for an acquisition of the company. The startup has a research focus on deep learning, and AI visionary Yoshua Benigo will join Microsoft in an advisory role.

Benigo will be interacting directly with Harry Shum, head of Microsoft’s Artificial Intelligence and Research Group. ” As an admirer of Yoshua’s work from a distance, I’m really looking forward to this opportunity to work more closely with him and to benefit from his deep learning systems expertise,” said Shum in a blog post.

According to Shum, the acquisition comes from a desire to further Microsoft’s AI breakthroughs. The Redmond giant recently set milestones in speech and image recognition, and now wants to take things a step further.

The Microsoft AI team wants to create computers that can not only listen and machine learn, but machine read and write. Maluuba wants to create an AI that can think, reason and communicate like humans, so it’s a natural fit. It’s clear Shum has big plans for the future, and even gets into specific applications:

“Imagine a future where, instead of frantically searching through your organization’s directory, documents or emails to find the top tax-law experts in your company, for example, you could communicate with an AI agent that would leverage Maluuba’s machine comprehension capabilities to immediately respond to your request. The agent would be able to answer your question in a company security-compliant manner by having a deeper understanding of the contents of your organization’s documents and emails, instead of simply retrieving a document by keyword matching, which happens today. This is just one of hundreds of scenarios we could imagine as Maluuba pushes the state-of-the-art technology of machine literacy.”

Shum also pointed out the natural alignment between the two companies. Both have strong research teams that work closely with engineering. Maluuba is also dedicated to opening AI to everyone, its public datasets similar to that of MS Marco. Microsoft will have more to share about the plans “in the coming months.”

Maluuba, meanwhile, cautions that this isn’t an end to the company’s innovation. “We would like to thank our employees for getting Maluuba to this point in our collective journey,” said CEO Sam Pasupalak. “As this next chapter unfolds we’re reminded of the words of T.S. Eliot: ‘In our end is our beginning.’ “ 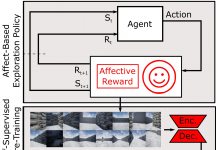 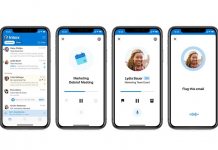 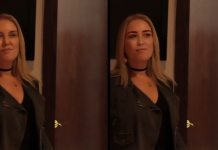