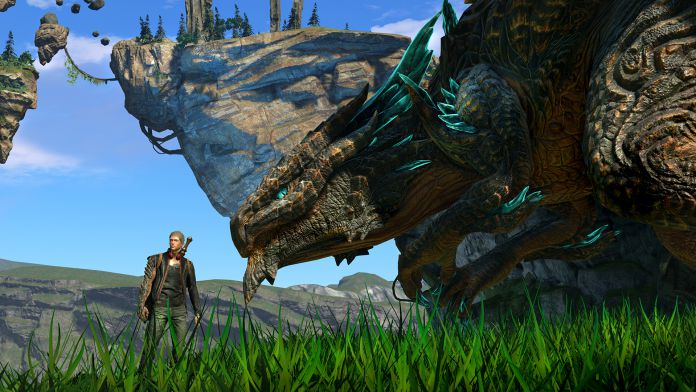 An important aspect of the war between the Xbox One and PS4 is about title exclusivity. Sure, specs and performance are important, but if a console has compelling exclusive games then customers will be interested. “Scalebound” is an Xbox exclusive that has been anticipated, but it was cancelled this week. Now some of the key players around the game have explained the decision, albeit vaguely.

Microsoft Studios said that the Xbox One and PC will now be shelved. Phil Spencer, head of Xbox at Microsoft, took to Twitter to explain the situation. It seems Spencer believes the decision to cancel Scalebound will be to the benefit to gamers.

“[It was a] Difficult decision, we believe result is better 4 Xbox gamers, still disappointing,” Spencer said on Twitter. “I’m confident in [20]17 lineup that’s our focus.”

Of course, Twitter is never the place to offer detailed explanation, but Spencer’s statement is frustratingly vague. Indeed, vagueness has been a theme around the cancellation of Scalebound. Microsoft sent a statement out saying the decision was for “business reasons” without elaborating.

Also, PlatinumGames released an official statement, but only spoke of disappointment and not about why the game was axed. The developer has been working with Xbox Studios to create the game. Kenichi Sato, president and CEO of PlatinumGames, also hit Twitter, but again offered little in the way of explanation.

Sorry to bring you such bad news at the start of the year. All I can do for you is to promise to keep delivering fun games.

Scalebound has been in development for a number of years and was seen as a triple A title for the Xbox One. Announced at E3 in 2014, the game was being developed in a collaboration between Microsoft Studios and PlatinumGames.

PlatinumGames has developed modern classics like “Bayonetta,” “Metal Gear Rising: Revenge” and “Star Fox Zero”. Considering this history, expectations were high for Scalebound. This anticipation was heightened with Hideki Kamiya at the helm, the noted director behind “Devil May Cry” and “Resident Evil 2”.

Considering the teams behind Scalebound, it stood to reason that the title was ambitious. It was a third-person RPG where the players would control a character called Drew, who is accompanied by a dragon called Thuban.

Consistent reports that several deadlines were missed and that there were issues with the engine clearly contributed to the cancellation. Still, it would be nice to have a full official explanation from Xbox One or PlatinumGames.