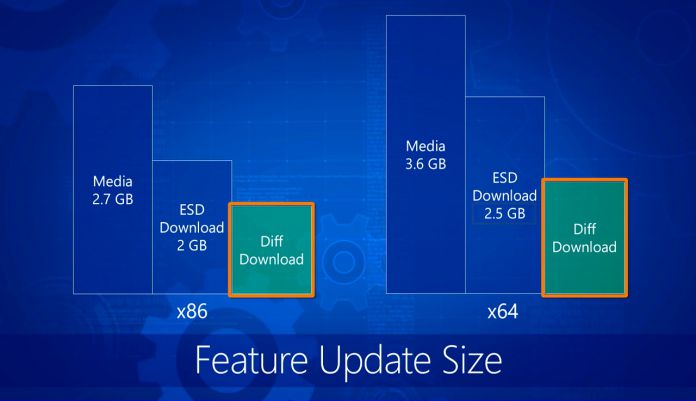 With Windows 10, Microsoft made a shift to deliver Windows as a service that gets updated continuously. The new approach replaced the old Windows Service Packs approach Microsoft had used with earlier Windows versions.

Thanks to the Windows as a Service model Microsoft can roll-out features faster and at the same time use a much broader base of beta testers that are grouped within different production rings.

Many of our readers know this already as active subscribers in the Windows Insider program, receiving feature upgrades via the fast or slow rings ahead of their actual roll-out. The latest big feature upgrade is in with Windows 10 build 15002.

Such larger feature upgrades come only two to three times per year in the size of 2GB downloads for 32Bit systems and 2.5GB in the case of 64Bit Windows 10 systems. 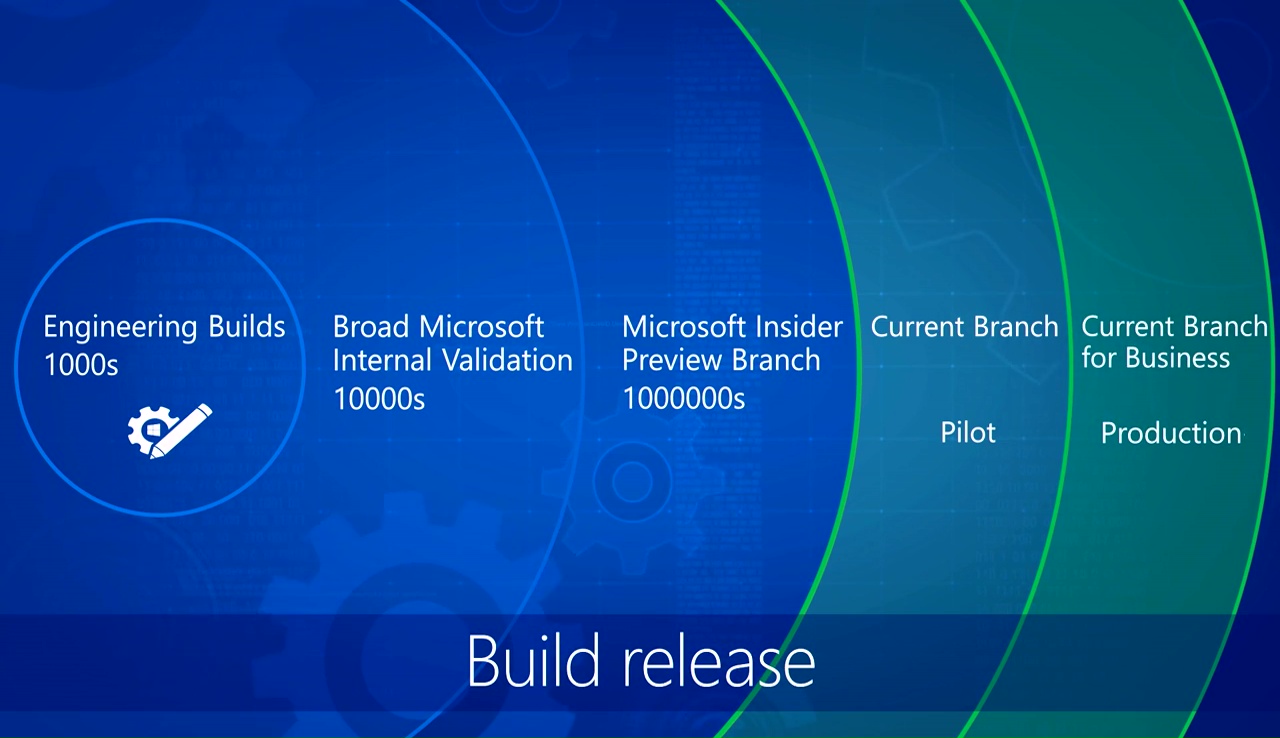 As Microsoft has revealed now in a new video, the company plans to reduce the upgrade package size for feature upgrades by up to 35% during the rollout of the Windows 10 Creators Update.

Given the large number of Windows 10 installations in the world, the improvement will not only relieve Microsoft´s servers but the internet as a whole.

Windows as a Service improvements to relieve the internet and intranets

Just taking the last official number of 400 million active Windows 10 devices, the decision might result in about 300 Exabytes or 300.000 Petabytes of savings based on the 32Bit version of just the Windows 10 Creators update.

The exact figure cannot be predicted as large business customers and institutions will be enabled to further reduce update sizes by using tools such as System Center Configuration Manager or Branchcache from Microsoft. (But our figure is actually  very conservative as we calculate only with one large feature upgrade, a smaller install base than might be present and the 32Bit version of Windows 10.)

With the changes due in 2017, large clients will be able to use a new differential monthly updating protocol. Instead of having to deploy cumulative update packages which can reach file-sizes of about 600MB, an express update option will me made available. The update service will make sure to offer packages that are limited only to the missing features, avoiding the need to download existing files/features/code.

You can check out this great new explainer video about Windows as a Service, which summarizes the current state of Windows updates and the coming improvements in detail.