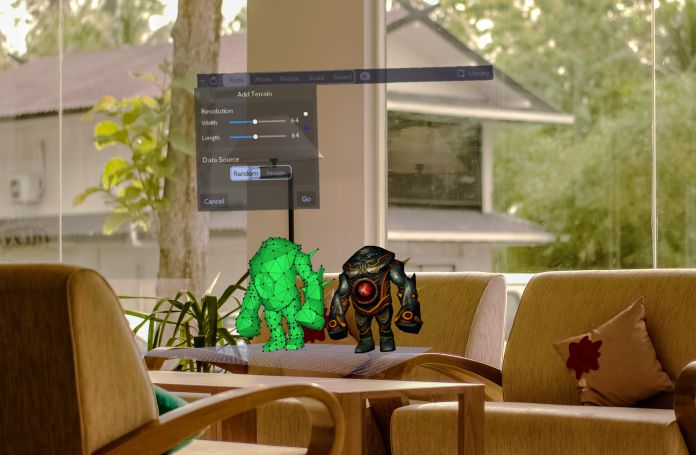 Microsoft has only released HoloLens to developers. This has allowed the hardware and Windows Holographic platform to build up steam. It is a strategy that has paid off with a number of exciting apps and services already available for the headset. The latest interesting app is called Verto Studio 3D, which allows 3D modeling on the HoloLens.

What the Verto Studio 3D app does is make the process of 3D modeling easier. Normally, modeling an object in 3D is rather complicated. It involves placing all facets and shapes of the model into place, and depending on the detail there can be millions. Modelers also have to add details such as textures.

It is a tough enough task for a 2D environment like a map, but what about modeling to a 3D environment? The Verto Studio 3D app for HoloLens hopes that it makes the process easier. The service has been created by developer Mike Farrell, who has been detailing the app through a number of videos.

The software allows a fully implemented way to bring typical 3D modeling tools. To make them work in mixed reality on HoloLens, Farrell and his team has made the modeling process in 3D. This means users can interact with and move models in the mixed environment.

As a concept, Verto Studio 3D is nothing new. Indeed, the application has been available on iOS and Mac in 2D form for some time. However, this new development brings it to the mixed reality space for the first time. Indeed, it is a first for HoloLens and mixed reality as a whole.

Speaking to Next Reality, Farrell said that he hopes the app will be available during Q1 of this year, it will be the version 1.0 release.

Most agree that Microsoft’s HoloLens is ready to go as a piece of hardware. However, Microsoft has said it is holding off sending out the device to consumers. The reason for the delay is because the company wants developers to stock up the HoloLens before launch. Microsoft understands the cost of the device and wants consumers to get value.

Apps like Verto Studio 3D are an example of developers embracing HoloLens. It is another thing to be excited about.