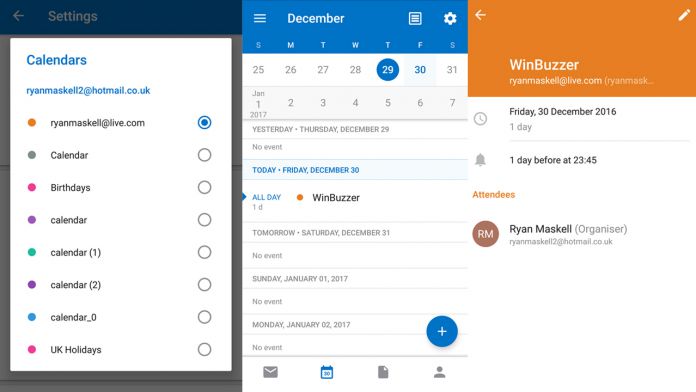 Microsoft has just fulfilled one of the biggest feature requests for Office 365 – the ability to use shared calendars on Outlook for iOS, Android, and Windows 10.

The feature has over 11,000 upvotes on Uservoice and has been in development since September. Previously, users had to send a screenshot of the calendar or use the Outlook web app. This should make it much for intuitive to arrange meetings.

If the feature isn’t working, you may need to re-share calendars you’re already subscribed to. You’ll then be able to see the calendar under Settings>Calendar>default. From there, users can edit, share and create calendar apps just like on the web.

If you’re on the latest Outlook version, you shouldn’t have to update. The change comes automatically and doesn’t require any extra input. According to a Microsoft spokesperson, they’re working on a few extra features before the public announcement.

Speaking of the most recent update, Microsoft’s last one on iOS was three weeks ago, and also calendar related. iPhone users can now create and edit recurring events, making it easier to manage frequent meetings.

You can set the app to remind you about an event each month, week or any other period of time. This should avoid a lot of micro-management and ensure you don’t forget important routines.

Finally, Outlook users on iOS will notice a change in the way small fonts render in the app. This should help reduce eye strain and make things more readable.

If you don’t yet have Outlook, you can download it from the App Store and Google Play. The app is available by default in Windows 10.