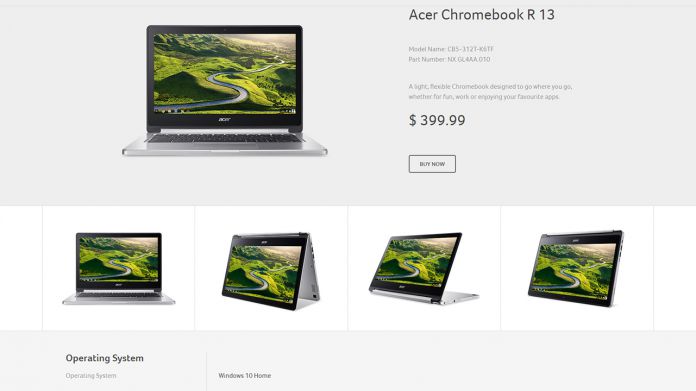 Microsoft has already confirmed a fully functional version of Windows 10 on ARM. A handful of devices were expected to ship with the functionality in 2017, and the Acer Chromebook R13 could be one of those.

For those unfamiliar, ARM architecture is very popular for mobile devices due to its energy efficiency. However, it’s always been held back by the ability to execute code written for Intel’s x86 processors – a function needed for most classic Window’s desktop programs.

Microsoft did mention it would be releasing the ability to hardware partners, and an Acer store page seems to confirm that. The Chromebook R13 comes in three models, and one has the OS down as Windows 10 Home.

Though it makes sense due to Acer’s close ties with Microsoft, the store listing could just be an error. However, there’s also some small tidbits that suggest otherwise.

Firstly, Acer refers to Windows 10 Home multiple times. It can be found both on the specifications page and the list of different models. On its own, that doesn’t mean much. It could just be an automated system.

The Windows 10 device has a unique model number and other identifying information, but the only change is Windows 10 functionality. This makes it seem less likely that someone has mistakenly typed in the wrong OS. 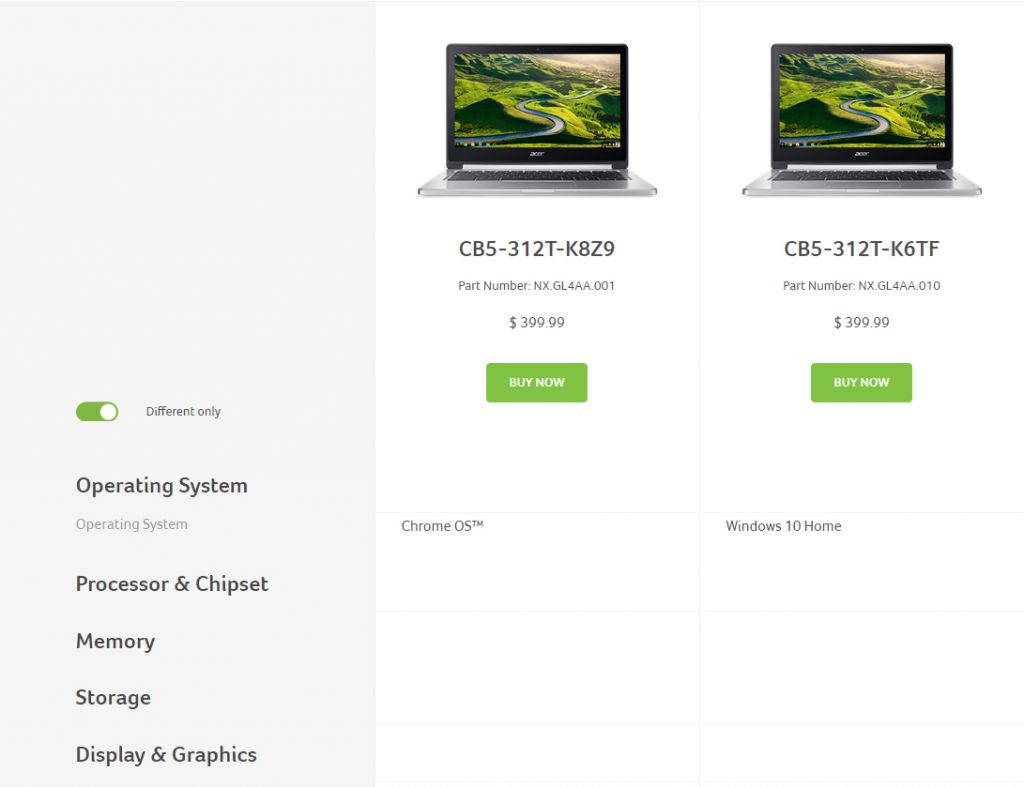 At the same time, it seems strange that Acer hasn’t touted this feature. To have one of the first devices running Windows on ARM is a big achievement. Only time will tell if the listing is actually genuine, but we’ll be sure to update you when more information is available.

Until then, you can view it for yourself here.