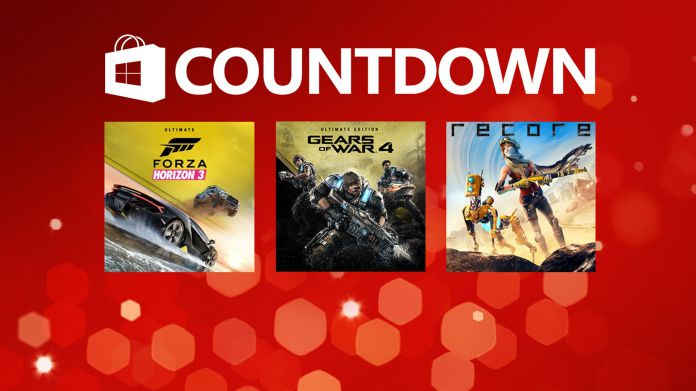 Microsoft’s season of sales is continuing today. The company has kicked off its Windows Store Countdown sales. Following a number of recent hardware sales, Microsoft is now cutting the price on a smattering of software and media. Covering popular products on the Windows Store, customers can save on games, music, apps, and more.

This Windows Store sale coincides with the Holiday Super Sale, which cuts the price on an array of Windows 10 hardware. However, while the Holiday sale is reserved for US customers, the Countdown sale is open around the world. The Countdown sale will be running for 19 days until January 9, 2017.

Xbox One gamers will have plenty to get excited about through the Countdown sale. Major Nelson describes this as the biggest ever Christmas sale for Xbox. There are hundreds of games, movies & TV shows, music and apps on offer, including daily and weekly offers. There are deals on current leading titles like Forza Horizon 3 Ultimate Edition and Gears of War 4.

Apps are not exactly the forte of the Windows Store, but there are deals to be had:

Microsoft is also offering deals on some recently released movies and TV shows. New movies such as Star Trek Beyond, X-Men Apocalypse, Independence Day Resurgence, and Ghostbusters have $5 off. TV shows are reduced by up to 60%, with deals on favorites like the Big Bang Theory, True Detective, and Doctor Who.

There are also deals to be had on some of the most popular music releases of the year: