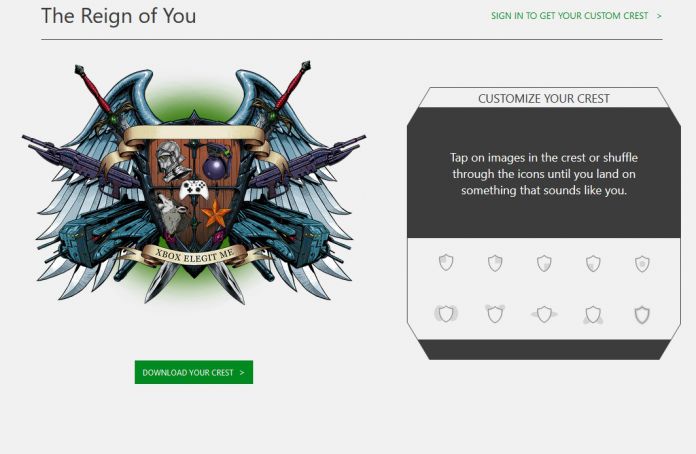 Microsoft has worked through 2016 to expand the social and community aspects of Xbox Live. Now, with the year coming to a close, the company is giving gamers an overview of their activity during the year. The Xbox team has set up a Gamercrest 2016 website that offers a gaming stat report.

Users can sign in and be given a total Gamerscore acquired through 2016 from all games. It also gives some other information, such as your most played title of the year. Some details, such as total time played are missing, while it would be nice to see which friends were interacted with the most.

The webpage also highlights some general information for Xbox Live. For example, through 2016 the Xbox community spent on average 207 hours on Xbox Live. The company points out this is up 6 hours compared to 2015. Another interesting statistic shows that one average, Xbox gamers unlocked 55 achievements during 2016.

As this is a feature for the community, Microsoft has naturally made it possible to send stats to friends. The company has also introduced a customized gamer crest that each Xbox Live member can download.

Microsoft has been trying to improve the Xbox Live community and make it a safer place for users. Part of this initiative has been a new Reputation System. Microsoft explained how the system is implemented in September.

The Reputation System is designed to promote a diverse community where users do not engage in spam, hate speech, harmful, and player-killers. The company explained the rules:

“Like many social networks, however, some people misuse the network in inappropriate or harmful ways. At Xbox, we do not tolerate this behavior and our rules around this are outlined in our Terms of Use. We’ve all seen our fair share of ‘bad apples’ at play: spammers, player-killers, people who constantly use foul language, people who send harmful messages, etc.”