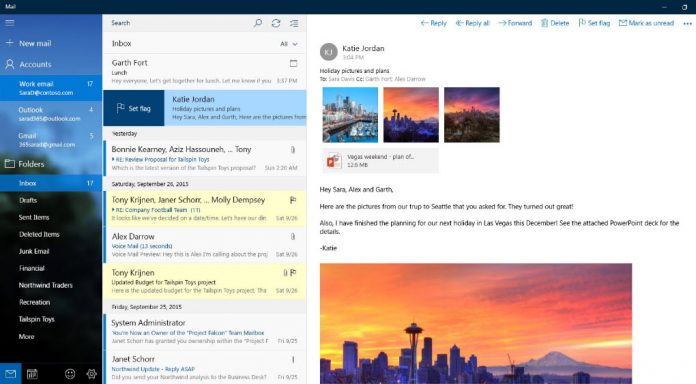 Microsoft’s focused inbox is a great addition to its Outlook mobile apps. Unfortunately, the feature has been missing from the UWP mail client, but that could change very soon.

According to publication OnMSFT, a user has informed them of an update to the Mail and Calendar app that does just that. Microsoft is apparently testing it with select Insiders, who will get a notification on startup.

Naturally, we can’t confirm information from sources that aren’t our own. Reader Adam Bicak didn’t get a screenshot of the notification but has provided an image of the update.

As you can see, the Mail and Calendar version is at .42277, while the previous Insider build is .42257.0. Of it could be a simple Photoshop job, but it makes sense and we can give the benefit of the doubt.

Other Fast Ring users have reported the same messages, but it seems the functionality hasn’t rolled out yet. It’s possible the full changes will arrive in the coming weeks.

Coming to All Outlook Versions

It’s worth noting that Microsoft has previously confirmed that focused inbox is coming to all versions of Outlook. It wasn’t clear if that included Mail and Calendar, but it looks like that is the case.

Office 365 First Release users first got the functionality in November, and it will be with all standard users by late January. The Windows 10 Outlook 2016 app also had plans for a November release, but that’s now been postponed for sometime this month.

We’ll keep you updated on that when it happens. Until then, Insiders should check their update queue for this latest change. Let us know if you’re in the trial and we’ll be sure to include a screenshot in the article.