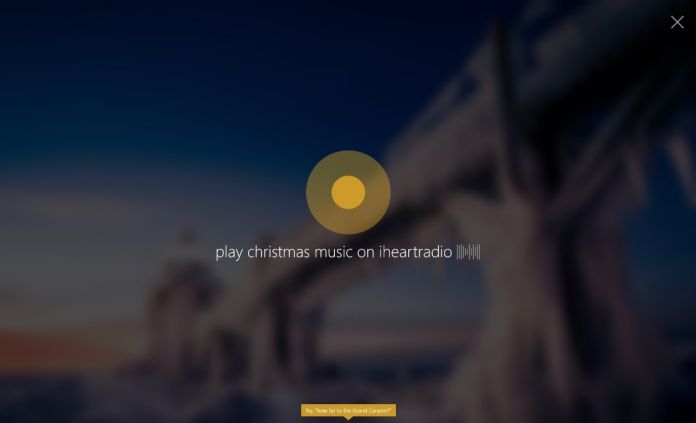 Insiders may remember the latest Windows 10 build fondly. It’s one of the biggest we’ve seen since the Creators Update announcement and rolled out to the Slow Ring last week.

However, it looks like Microsoft wasn’t quite happy with the version, and has released an update. It’s not entirely clear what build 14986.1001 contains, but it’s labelled KB3206309.

Unfortunately, the support page for that points to nothing, and we haven’t heard anything on Twitter. Naturally, however, this won’t contain any major changes. The Insider team are starting to ramp down for the year, and nothing major will be coming until 2017.

In all likelihood, this update just rolls out some minor bug fixes and performance improvements. With all the new features in 14986, it wouldn’t be a surprise to see a few tweaks to make them run smoothly.

One of the biggest changes was music management integration for Cortana. The digital assistant can now control music playback, as well as volume control. She’ll also be able to find the name of a track on the radio.

Cortana can also do some more powerful functions. You can ask her to shutdown, restart or lock a machine. No doubt Microsoft is feeling confident enough in its speech recognition to guarantee no accidental slip ups.

Windows Ink has also received a considerable upgrade. A resume button lets users continue previous sketch screens, and ruler rotation is now more intuitive. Moreover, the cursor no longer shows when inking, which was a particular annoyance for some.

There’s some stuff for gamers in here too, namely further Game Bar support. For those unfamiliar, the feature lets users record and screenshot with a simple hotkey. Previously, on six games were supported, but this build adds an additional 19.

The changelog also hints at what might be in the latest 14986.1001 build. Microsoft has switched to a new rendering engine for UWP content and asked users to report any “new visual glitches.”

If you’re having any problems with that, it might be worth giving this update a try. You’ll find through the usual Windows Update>Check for Updates method and will have to restart for the changes to take effect.

Let us know if you notice any differences, and we’ll keep you updated too.