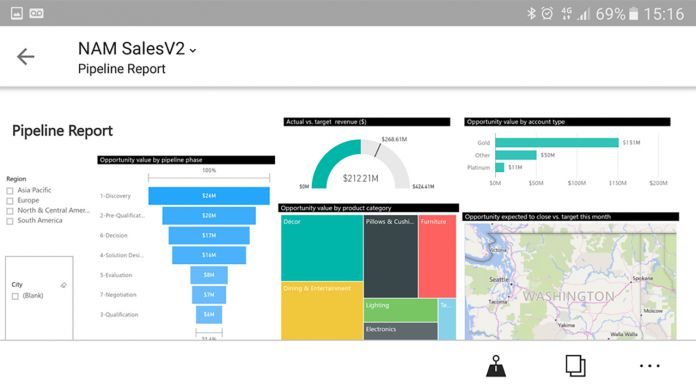 Everything is starting to wrap up for the year, but the Power BI team has managed to announce some final changes before 2017. Android, iOS and Apple Watch have all received some significant improvements.

One of the biggest changes comes to Android, which can now filter reports by current location. Microsoft introduced this feature to iOS earlier this year, so it’s good to it coming to other platforms.

Despite this, the bulk of changes have come to iOS. Here’s the full changelog for Version 10.6:

The changelog for Android is far less impressive, but also contains some useful improvements. Here’s what new:

Program Manager Romi Koifman also took the time to acknowledge the other changes to Power BI mobile this month. Chief among them is the new Android tablet preview that released on December 2nd.

However, the Power BI team has also made some under the hood changes. Microsoft has adjusted offline background refresh to reduce network usage. This should stop unwanted data charges and speed things up a little.

You can find more information about the changes on the Power BI blog. You’ll also want to download the latest version of Power BI from the App Store and Google Play.