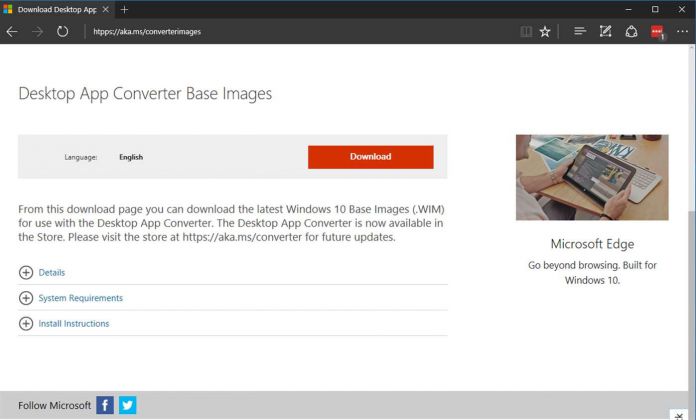 Developers creating with the Desktop App Converter are getting a new update today. Microsoft has sent out version 1.0.4.0 of the service that allows developers to easily port their apps to Windows. Users can now pick up the latest release in the Windows Store with a number of new features.

Version 1.0.4.0 of the Desktop App Converter allows developers to run the converter anywhere through a cmd or PowerShell Window. An auto-signing feature for new apps has also been added in this release.

Developers will also see that the manifest schema has been brought in line with the Windows 10 Anniversary Update.

Microsoft has sent out a full changelog for this release:

The Desktop App Converter allows developers to retool their .NET and Win32 applications for the Universal Windows Platform (UWP). Previously known as Project Centennial, the App Converter is just one of a number of Microsoft’s bridging tools.

With the Universal Windows Platform, the company makes it easy to port apps by removing much of the coding difficulties. As the name suggests, the Desktop converter is actually reserved for developers creating applications for Windows 10 PCs.

The app original arrived in the Windows Store back in September. Desktop App Converter was announced at Build 2016 earlier in the years.