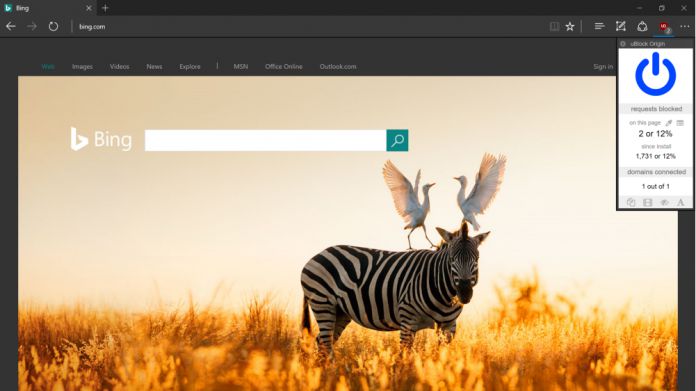 Way back in September, Microsoft announced two new extensions for Edge – uBlock and Ghostery. Both protect user’s privacy from ads in some way, and today Microsoft has begun to make good on that promise.

uBlock Origin is now available as an Edge extension, though Ghostery still seems to be in development. A popular alternative to AdBlock, the app is more memory efficient and blocks ads others miss. Moreover, its open source, and therefore has a higher level of trust.

uBlock Origin for Edge has actually been available for a while, but it had to be sideloaded. An official release means that users will get automatic updates and won’t have to keep re-enabling to make it work.

Not much else has changed between Edge and other browser versions, and this is probably a good thing. According to developer Nik Rolls, “roughly 95% of the code is the exact same code that runs on Chrome and Firefox.”

The main change is in how the application communicates with the browser, but even that is heavily based on Chrome. The unofficial port is thanks to uBlock’s open source and Microsoft’s good job with the Edge API.

“I’m very thankful to everyone from the Edge team in Microsoft who have supported me along the way,” said Rolls, “and to the developers who have raised bug reports and contributed code on GitHub so far.”

Despite the similarities with the original source code, there are still some issues in this build. This includes the inability to export properties files, as well as crashing when clicking external links in Gmail.

Rolls is working on these and encourages everyone to report more via the Windows 10 Feedback Hub. Original uBlock developer Raymond Hill is supporting this process.

You can get the latest version of uBlock Origin from the Store, though you’ll need to be on the Windows Anniversary Update. 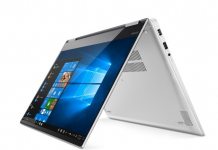