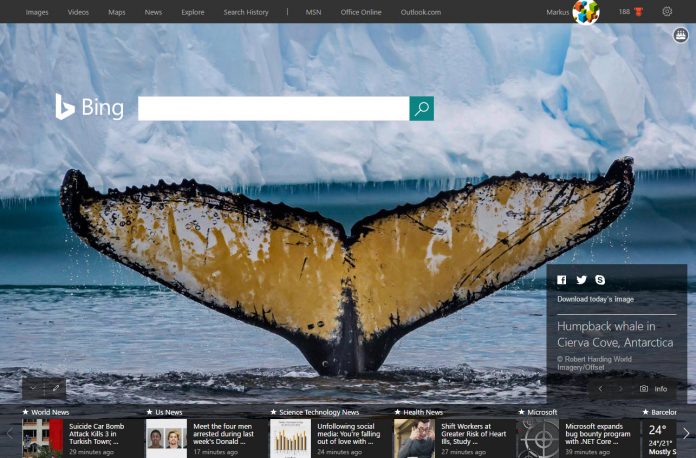 We are coming to the end of 2016. While we all prepare for big New Year’s parties, it is also a time to look back and reflect on the year that’s passed. Microsoft is in reflective mood and has detailed the most popular Bing Search terms of the year.

The Bing team has turned nostalgic, although only in the United States. The look back on the top searched stories of the year is specific to queries in Microsoft’s homeland. We guess this makes sense as the US is comfortably Bing’s most successful market.

For most of the categories, the results are not particularly surprising. For example, in the video game category GTA V was the most searched title. Despite being three years old, it is a massive game and hugely popular.

It’s a similar story with tech trends. We are hardly surprised to see Apple’s iPhone 7 tops the list of most searched for tech products on Bing. Microsoft gets a look in for this category. The company’s HoloLens was number 8 on the list of tech trends. That’s interesting because it shows the AR device is gaining traction despite not being launched to consumers yet.

In terms of viral searches, we expected Pokémon GO to be among the top searches. However, the game was actually in 10th place, which is still respectable. Topping this list was the Ryder Cup heckler who mocked European golfers for failing to sink a putt. When challenged to sink it himself, he duly obliged and won a bet.

Throughout the year, Microsoft has been trying to enhance Bing Search and bring it closer to main competitor Google Search. Indeed, in the United States Microsoft has enjoyed growth in the search market. Making Bing more feature rich certainly gives users more choice in a market that has long felt like a closed shop.

If you are interested in seeing all of Bing’s most popular searches of 2016, check out the source link below.