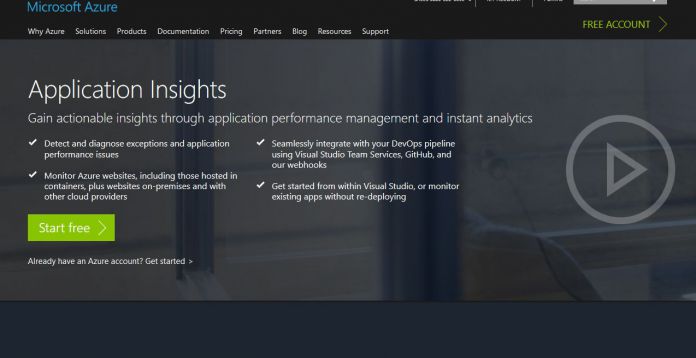 In a blog post, Microsoft has detailed the new features it has introduced for Application Insights Metrics Explorer. These new features are focused on giving customers more options and making chart configuration easier. Among the additions are custom grids to dashboards, control for y-axis boundaries, and percentage aggregation charts.

Speaking of percentage aggregation charts, Microsoft explains that this lets users switch between average percentages. The company says this is useful because users do not always want actual value of the segmented metric.

“For example, you might want to visualize the percentage of the failed vs. successful requests, where they would sum up to 100%, instead of looking at the raw counts,” Microsoft adds. “Or you might want to see the percentage number of the HTTP requests handled by each server instance. To make it possible, we introduced a new percentage aggregation type, allowing users to switch between “Average” and “Average (%)”, “Sum” and “Sum (%)”, etc.”

Microsoft has also hidden advanced settings that are not common. Users can still call upon these settings when they want them. Application Insights customers have often requested this feature. They say there have been too many settings options.

With the new feature, Microsoft has placed a new checkbox in the configuration menu. Users can now filter between basic and advanced settings.

Recent updates to Applications Insights include the ability to pin metrics explorer grids to Azure dashboards. Microsoft had previously only allowed users to pin charts to dashboard. Moreover, users can now also customize dashboards with metrics in grid format.

The company also added the ability to freeze lower and upper y-axis charts:

“With the new option, you can freeze the lowest boundary of the chart to 99%, which would make this small drop more apparent. Another example can be a fluctuation in the available memory, where the value will technically never reach 0, so fixing the range to a higher value may make the drops in available memory easier to spot.”