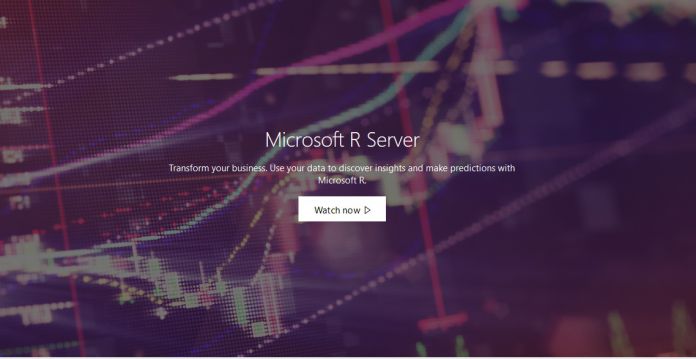 R Client is the company’s free R solution that runs on desktop PCs instead of servers. Microsoft acquired Revolution Analytics in 2015 and renamed Revolution R Enterprise to R Server.

R Server 9.0 is built from Microsoft’s own tools and also open-sourced R and community solutions. Among the company’s proprietary offerings is MicrosoftML, which comes with six new algorithms. The algorithms include an artificial neural network that helps train data through deep learning. This is achieved by GPUs and then the network offers information on the data.

“MRS 9.0 takes best-of-breed ML algorithms that have been battle-tested by Microsoft on a variety of our products, and now makes them available for your use in the new MicrosoftML package,” Nagesh Pabbisetty wrote in a blog post.

“You can combine the algorithms delivered in this package with pre-existing parallel external memory algorithms such as the RevoScaleR package as well as open source innovations such as CRAN R packages to deliver the best predictive analytics.”

With the introduction of R Server 9.0, data scientists can write models more easily and deploy them to production. Application programming interfaces (APIs) can be created as models and create documentation with Swagger.

Because R Client 3.3.2 is on desktops, it is constrained by memory. It can be connected to R Server, however. Indeed, R Client comes with exclusive features and runs as part of Microsoft’s Visual Studio integrated development environment (IDE) with the R Tools add-in.