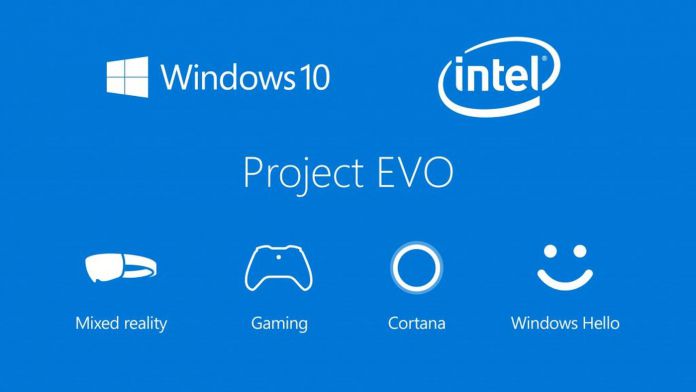 The collaboration will further the development of advanced security, artificial intelligence and Cortana, mixed reality, and also gaming. Thanks to Project Evo, future devices will completely utilize Microsoft and Intel innovations. This includes:

Microsoft is also putting a lot of effort into mixed reality. Furthermore, the company aims to make it a mainstream feature in the coming year.

Mixed reality blends people, places, and objects to create rather exciting new experiences across the physical and virtual worlds. Microsoft is leveraging the fact that Windows is the only platform that has a unified mixed reality experience, complete with head-mounted display (HMD) support.

Here’s how Microsoft hopes to achieve the mainstream acceptance:

Microsoft demoed the new technology by running Adobe Photoshop, the 3D game World of Tanks Blitz and Microsoft Office. This was done on a completely functional build of Windows 10 Enterprise.

However, the company didn’t provide details about the exact hardware used, and if it used a real mobile device or another custom designed testing machine. Still, this is a clear statement that it is definitely willing to bring the full desktop experience to ARM hardware.