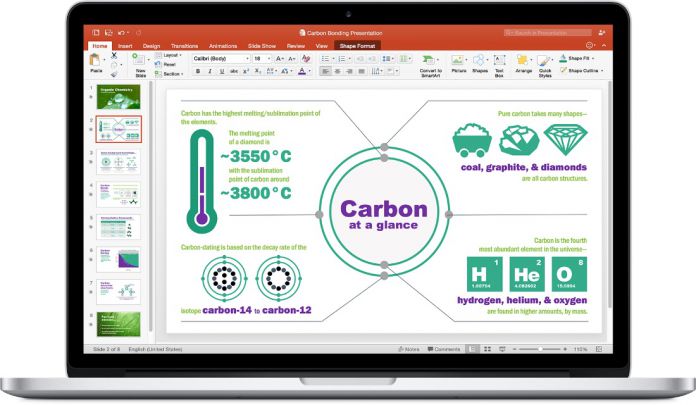 Microsoft has rolled out a new Office for Mac build for the Office Insider Program. This release is specifically for Insiders on the Slow Ring. With the December update, Office for Mac is bumped to build number 15.29 (16120401).

As this is a Slow Ring release, it shouldn’t be too long until build 15.29 comes to all Mac end users. Microsoft is not rolling out a bunch of features, but this update does come with some additions.

The key new feature is the ability to use a keyboard or other integration instantly with built in accessibility.

Microsoft has issued the full changelog:

If you are an Insider on the Slow Ring, you can get this update from Help>Check for updates. As we mentioned, normal end users will be able to get Office for Mac build 15.29 in the next few weeks.

Back in October, Microsoft rolled out Office for Mac 15.27 to Insiders and later to all users. It came with the following features:

In the summer, Microsoft introduced the 64-bit version of Office to the Mac OS platform. The company said this will result in better load times and smoother/faster performance. As Mac allows only 32-bit or 64-bit individually, Microsoft announced it would end support for Office 2016 32-bit on Mac. Anyone with a license was updated to the newer version.