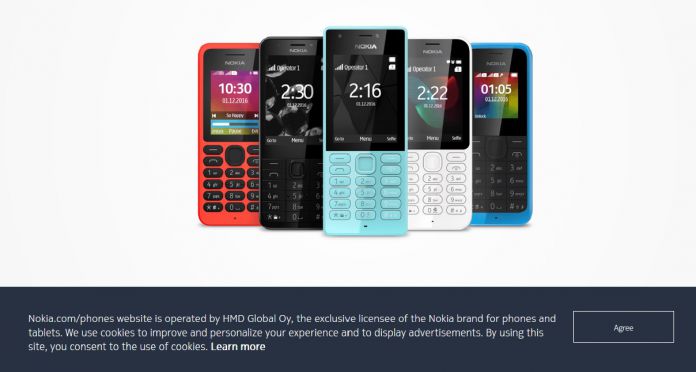 Nokia has announced its return to the smartphone market and there is not a Windows in sight. The company was long associated with Microsoft’s platform through its previous smartphone stint. However, the Finnish company is now working on smartphones that will run on Android. Nokia is already offering new feature phones on its website.

As Nokia said at the start of the month, its smartphones will now be developed and sold by HMD Global. The Finnish company is licensing the Nokia brand. Despite this, HMD has also taken numerous Nokia employees and some who made the move to Microsoft after its acquisition.

In an interview with The Economic Times, HMD’s chief executive Arto Nummela, has discussed the company’s plans.

While Nokia has relaunched feature phones on its website, most of these are older devices. In fact some of the handsets are actually some of Microsoft’s old products. Nummela says that HMD will build a feature phone before introducing a smartphone in 2017.

“When we were running the feature phone business in the context of Microsoft,” Nummela said, “we didn’t stop doing anything, so we were creating new products in the pipeline. One of those is now ramping up as we speak, so we will continuously renew our feature phone line up.”

“We are starting today with feature phones, the business we’re acquiring immediately from Microsoft,” he added. “We will start bringing the next generation smartphones in the first half of 2017.”

HMD says it will license the brand and its devices will be globally available from the start. However, key markets like India will be a focus of the company’s push, as Nummela explains:

“We have no doubt in a market like India, in other markets also.”

“It will be premium execution in each and every price point,” he explained, “and we know how important our mid-to-low price point devices [are] in India, and we are carefully looking at consumers and what they want us to do.”

Nummela adds that HMD is eager to keep a thread between new smartphones and Nokia’s of old. The company is more focused on delivering a premium hardware ethos above entering a spec war. Although, the handsets will be well spec’d and affordable:

“We are going to be extremely competitive in terms of the specifications and price,” he explained, “but we’re not going to be highlighting the megapixels or gigahertz.”

Microsoft’s multi-billion acquisition of the smartphone company ended in disaster. Nokia has been a driving force behind Windows Phone, prompting Microsoft to buy the company’s Lumia division. However, under Redmond’s stewardship, the Lumia brand dwindled against aggressive competition from Android and iOS.

The company has since offloaded the feature phone business to HMD Global. Microsoft also all but closed down the Lumia brand when it announced the end of its smartphone hardware earlier in the year.