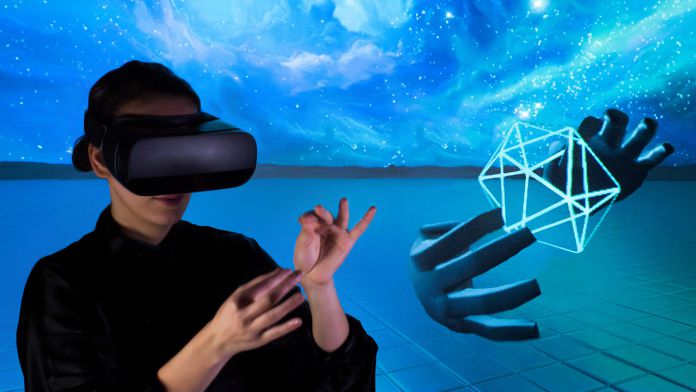 Mobile VR is great, but there has always been the issue of control. Google and Samsung have both tried to address this through controllers, but Leap Motion has an entirely different vision.

Yesterday, the company announced that its hand tracking system will be coming to mobile. That means headsets will have no need for cumbersome controllers – instead, users will be able to control things naturally.

The innovation is thanks to hard months of work by the Leap Motion team, primarily on the performance of the system. According to co-founder David Holtz, this means an almost tenfold increase in efficiency.

“We needed to build a whole new Leap Motion sensor with higher performance and much lower power,” said the CTO. “We needed to make the most sophisticated hand tracking software in the world run at nearly 10 times the speed all while making it smoother and more accurate than ever before.”

While they were at it, the team expanded Leap Motion’s already considerable field of view. The PC units now support 180×180 degrees, the highest possible on a single sensor. The mobile system has already been built into a Samsung Gear VR reference model, and Leap Motion will be demoing it at major VR events this month.

However, the hope is that other headset manufacturers will take on the technology also. Leap has sent the Gear VR model out to other companies already, and Holtz is confident they’ll see the merits.

“This is the beginning of an important shift towards mobile and ubiquitous wearable displays that will eventually be as easy and casual to use as a pair of glasses,” he said, “The ultimate result of which will be the merging of our digital and physical realities.”