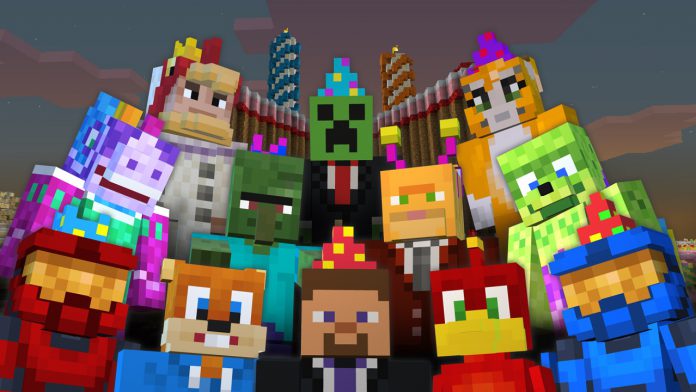 Microsoft and Mojang are celebrating a milestone in the history of Minecraft Pocket Edition. The special handheld and mobile version of all-conquering game is now five years old. To make the event a special one, Mojang has said that the Ender Update will be introduced. This release will bring Minecraft Pocket Edition up to version 1.0.

Over the last five years, Pocket Edition has mirrored that excellent sales of the full Minecraft game. Indeed, the version has over 40 million players and is one of the most popular versions of the title. Minecraft as a whole has sold over 100 million units since it was launched.

On its blog, Mojang says Minecraft PE allows users to “enjoy the rich features of redstone, join each other on Realms, and across platforms, race each other on pigback, wail on witches and – with the upcoming Ender Update – battle the ultimate boss: The Ender Dragon.”

With version 1.0, users will be able to take advantage of the Ender Update. Microsoft first announced this update back in November. At the time, the company confirmed that the release would bring Pocket Edition out of beta and to version 1.0.

The Ender Update is well-known amongst Minecraft fans as it completes the “gameplay loop”. While the game is essentially endless, the Ender Update marks a final level of sorts, where users combat the Ender Dragon. Once defeated, gamers can explore the world, discover a new Shulker mob, and find cities.

With this update, gamers can also build to double the height, with 256 block now supported. You can check out what to expect below: