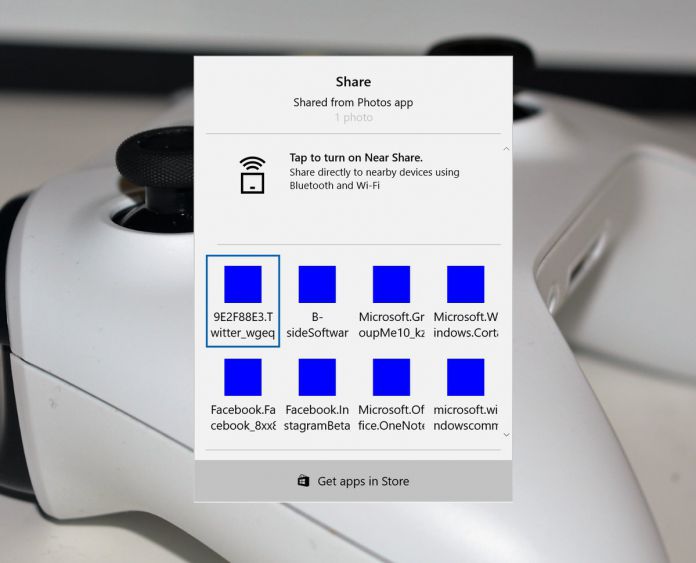 The new UI now looks much more comfortable and in place on Windows 10, rather than the previous Windows 8 version. It is positioned directly at the center of the screen also features a new option called Near Share.

Near Share allows you to quickly share files between your PC and smartphone. Another option at the bottom of the menu offers quick access to related Apps from the Windows Store.

Microsoft has been working on the new UI for some time. The company first showed the changes at its October event. The new Share UI will completely replace the old one, hitting the share option will just open the new UI.

The news regarding the coming improvements was first spotted on Twitter. Peter Skillman, the General Manager of Core UX in Windows has tweeted about the Share UI improvements.

On it! Share improvements coming to WIP builds soon.

MSPoweruser has found out that in newer Windows 10 Insider builds (14971 or above) the Share UI can be activated with the following registry tweak.

After you go through these steps, the final one is to restart your PC. The next time you want to share something, the new UI will pop-up.

Users can expect a certain amount of bugs, considering that the new feature is incomplete at the moment.

As expected, Windows Insiders in the Fast Ring are the first ones to receive the new improvements, followed by the Slow Ring Insiders later on. The improvements should be generally available early next year, with the release of the Creators Update.