At its Surface Studio and Windows 10 Creators Update event last month, Microsoft also dropped a new Surface Book. The updated hybrid boosts the power and potency of the device. To help sweeten the deal, Microsoft debuted an enticing trade-in program for MacBook’s. Now, it seems there may be a similar program for older Surface Book users.

A screenshot found by ON MSFT shows a Microsoft support representative suggests the company will open a trade-in program. A user is discussing their Surface Book and the employee says a program should open in Microsoft Stores.

Of course, this is just a support worker and may be a contracted one. This means the news should be taken with a pinch of salt. However, we imagine Microsoft will want to create an easy path for existing Surface Book customers to upgrade to the new model. 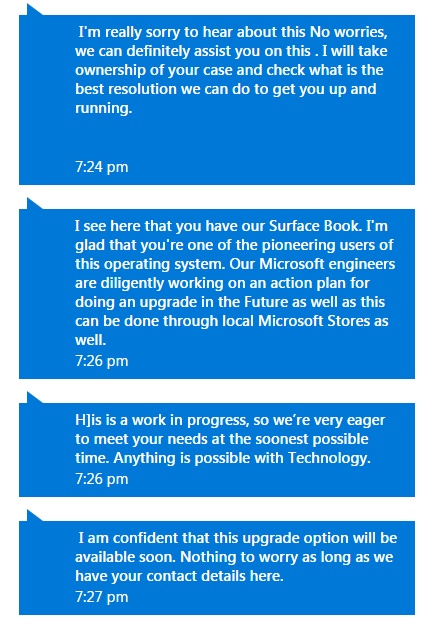 Considering the more powerful new model has arrived just a year after the original, which is a tough sell. In other words, customers may not want to incrementally update a laptop every year. Using a trade-in program may well provide enough incentive to attract upgraders.