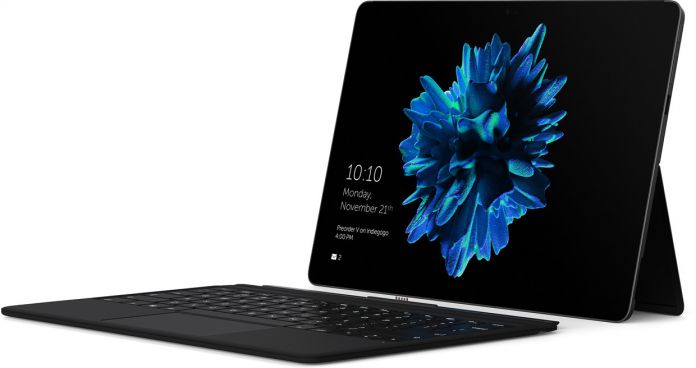 There is a growing list of device that offer a compelling alternative to Microsoft’s Surface hardware. The Eve V Windows 10 hybrid is hoping to join products like the Samsung TabPro S and Huawei Matebook. Indeed, the owner of Finnish company Eve has even described the device as a “

Indeed, the owner of Finnish company Eve has even described the device as a “Surface Killer”. Now, the new device has launched on Indiegogo.

The crowd funded Eve V is available in three configurations. Accessories includes a wireless keyboard and the “V Pen” which is a take on Microsoft’s Surface Pen. The V Pen is available with all models, as is the Alacantara keyboard.

Customers also get a standard 2-year warranty and a 5% discount at the Eve store. It seems customers are already interested as the Indiegogo campaign has already surpassed its funding goal of $75,000. It took just an hour to achieve that and has already passed $350,000.

At the moment, there are only 500 units available in the first round of shipments.

The company says the Eve V devices will start shipping in February 2017.

As we mentioned, the owner of Eve said the hybrid will be a Surface Killer. This was a joke comment, but Microsoft is not actually particularly worried about strong competition. The Surface range helped to define the hybrid market and Microsoft has enjoyed consistently improving sales.

However, more importantly for the company is that OEMs see the potential of building quality hardware on Windows 10. True rivals to the Surface Pro 4 and Surface Book will mean more support and sales for Microsoft’s platform.