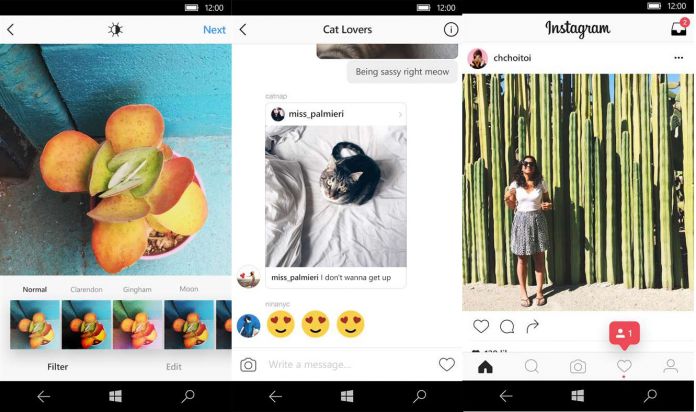 Instagram is one of few major developers who have taken Windows 10 seriously. However, the company has not said whether its latest feature is coming to its Windows 10 app.

That feature is Instagram Stories, which was actually first announced in August. Now, the Facebook-owned social network is bringing Stories to live video.

If you use Instagram, the Stories feature has been sitting atop your feed for some time. From now on, this will now say “Live” while a user is recording.

Instagram says once recording is stopped “your live story disappears from the app so you can feel more comfortable sharing anything, anytime.”

We’ve seen stories open up a new side of what people share on Instagram, and now over 100 million people use it every day. With today’s announcement, you’ll soon have two more ways to share freely and in the moment.”

Users can search for live streams through the Explore tool, and recordings can be started through opening the camera. Through the “Start Live Video” button, users can record for up to an hour.

In an official post, Instagram says it is possible to send disappearing photos and videos to contacts. This is limited to people who follow you. This feature is available from today, but users have to wait for live Stories and Explore.

The company says that they will arrive in the next few weeks. Unfortunately, there is no official word on whether there will be a Windows 10 update to add these features. The company has been good to the platform in general, so we guess an update will arrive once Stories is launched.