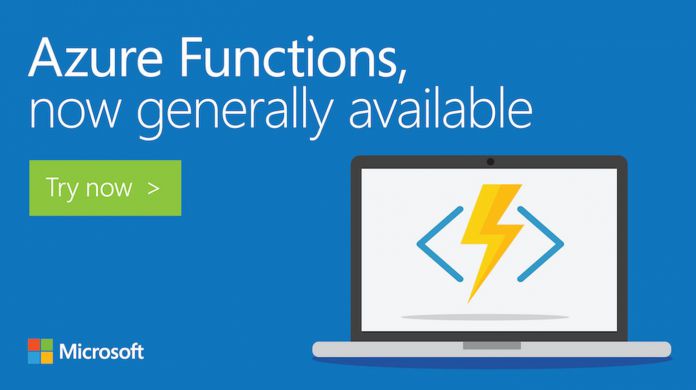 The focus is on a serverless architecture with on-demand scaling, in which users only pay for the resources they consume. Integrated tooling support, third-party service bindings, and Azure access are also a part of the package.

Azure Functions allow creating, running, and debugging Functions locally on Windows through the beta version of Azure Functions CLI. However, Microsoft states that the CLI currently only works on Windows, with support on Mac and Linux in the works.

One of the features that distinguish Azure Functions from other services is the third-party service bindings, available with only a few clicks. Bindings are set for services to trigger a function, with the object passing into the function at runtime.

A binding configured to Azure Storage can trigger a function when new data is stored on an external service like OneDrive. The benefit here is less code for developers to maintain as the service does that for them.

Paying only what you use

Perhaps a most significant feature of Azure Functions is paying only for resources you use with no upfront cost. The service charges the user for the time the function runs and for the memory consumed, with nothing else.

This user-friendly feature makes sure that the users will not be charged disproportionately. More details about the pricing are available on the pricing page.

The service was built with the cooperation from the GitHub community through their shared feedback. During the preview period, over 900 GitHub issues were raised and addressed, thus helping Functions team deliver a best possible service.

As a result, Microsoft will continue with the practice of engaging the customers. The company encourages users to visit the UserVoice forums to provide suggestions.

The service is available for free for one hour without the need for a credit card.

This is the latest entry in the long list of Azure improvements and features. Recently, Microsoft introduced its Azure Bot Service in preview, an extension of the Microsoft Bot Framework. The new feature allows developers to create intelligent bots to implement them within the Azure cloud platform.